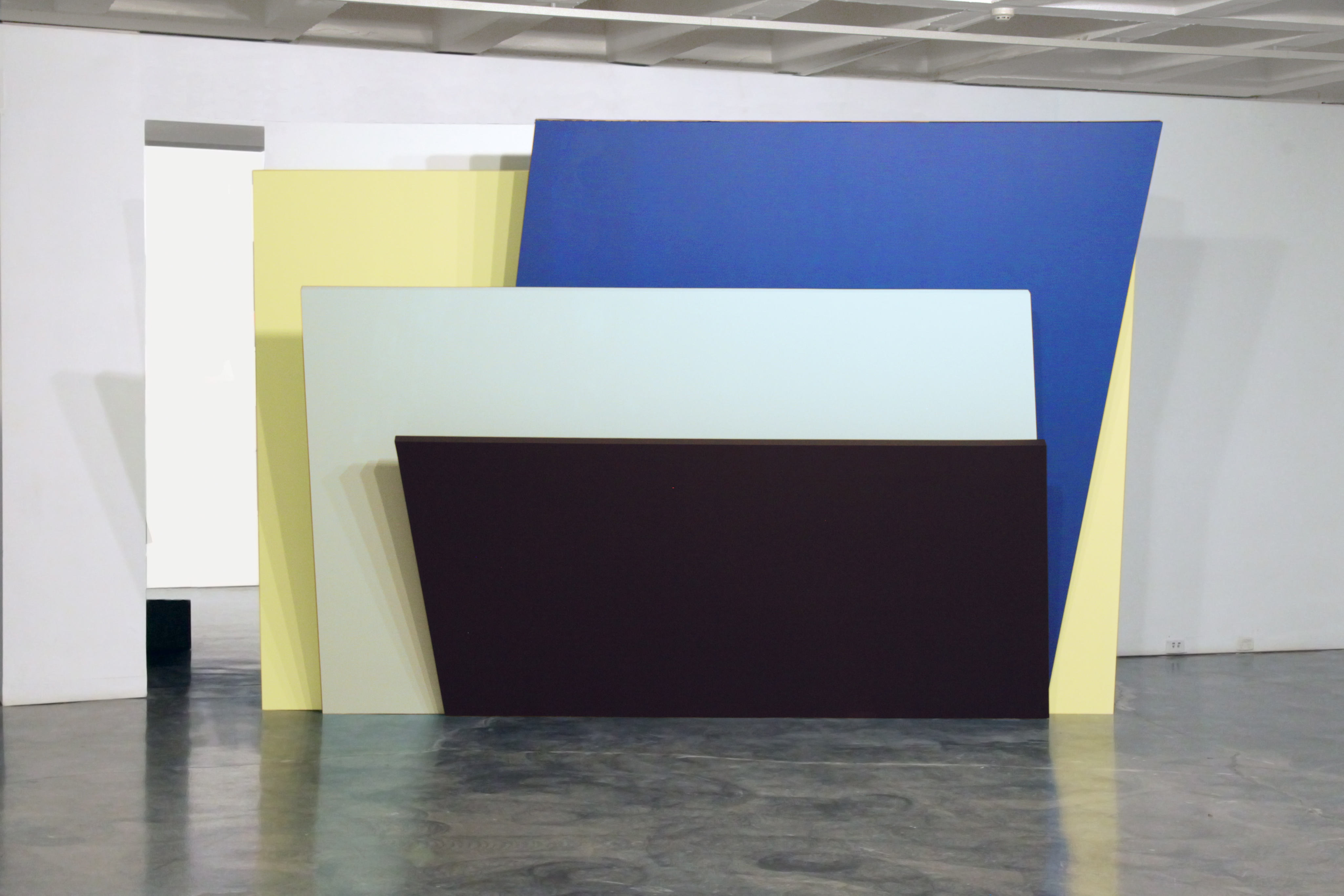 7º was created for a movable wall in the Tin Sheds Gallery in Sydney and shown as part of the affiliate program of the Sydney Biennale in 2012. It was later adapted to the exhibition This House curated by Anthea Buys in Palais de Tokyo in 2014.

‍
The panels are cut at an angle of 7 degrees and they lean out from the back wall with a spacing of 7 degrees between each subsequent panel. The number 7 is not chosen based on an interest in number symbolism, but rather by a general interest in sculpturally locating relations between phenomena and abstract concepts such as numbers. 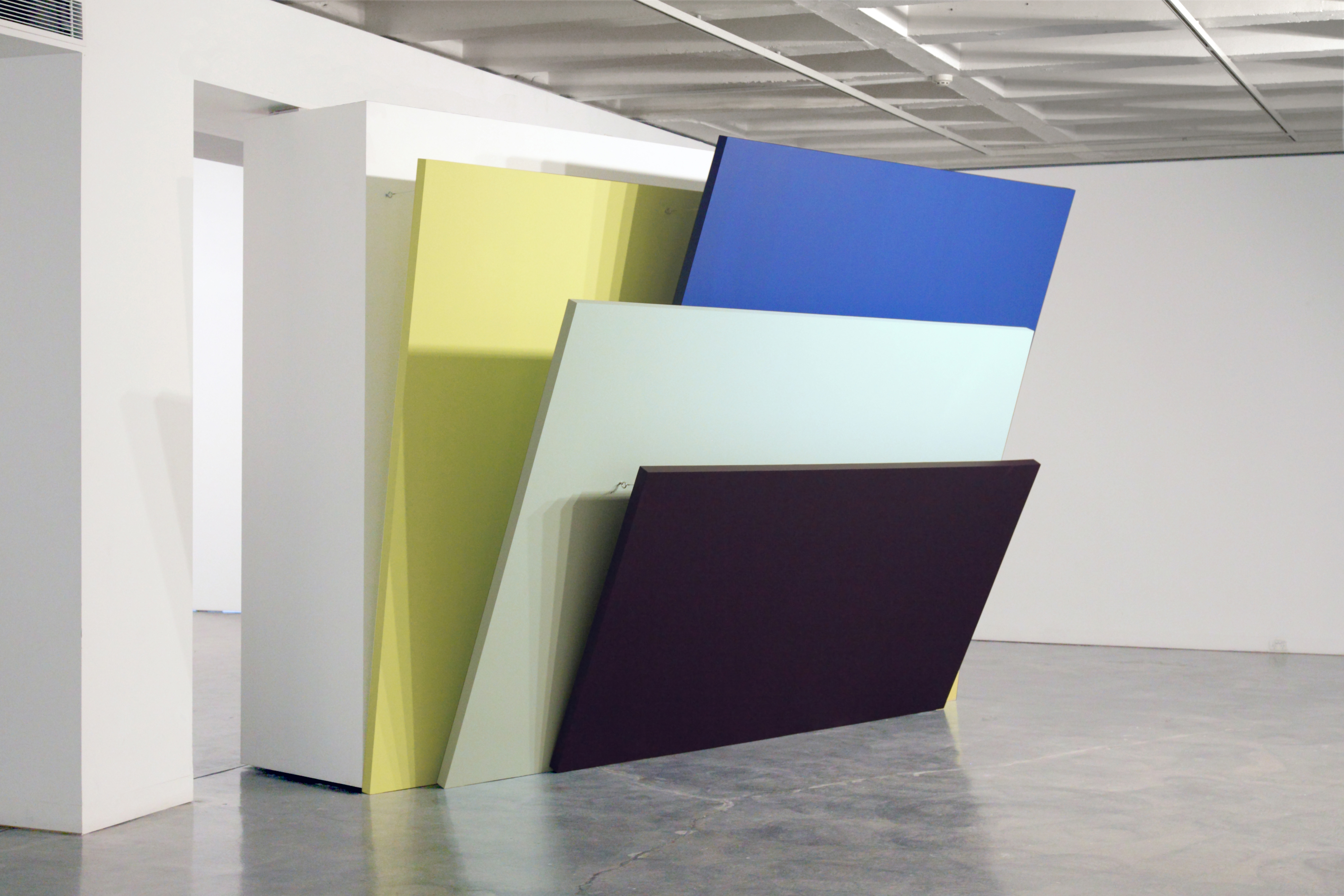 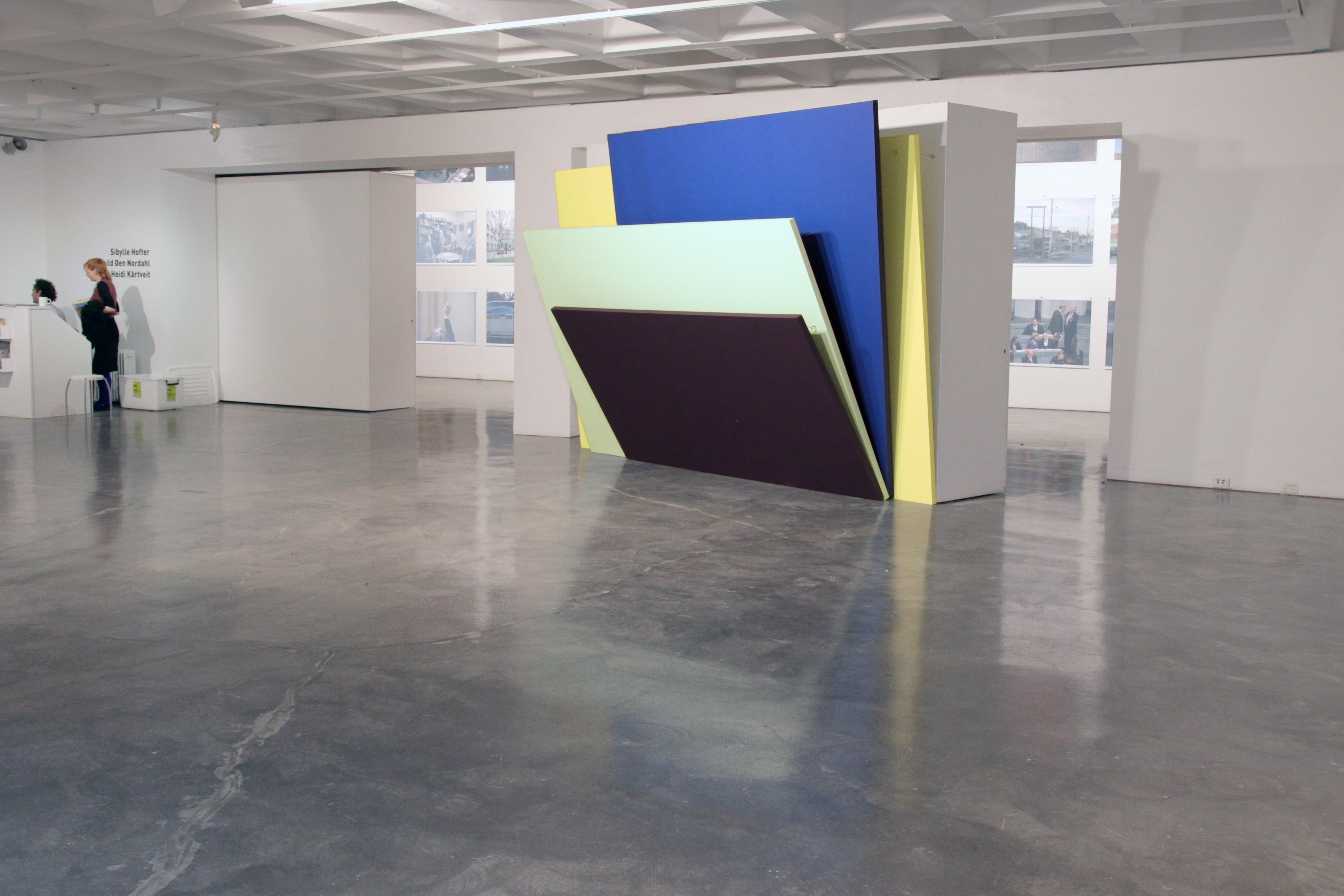 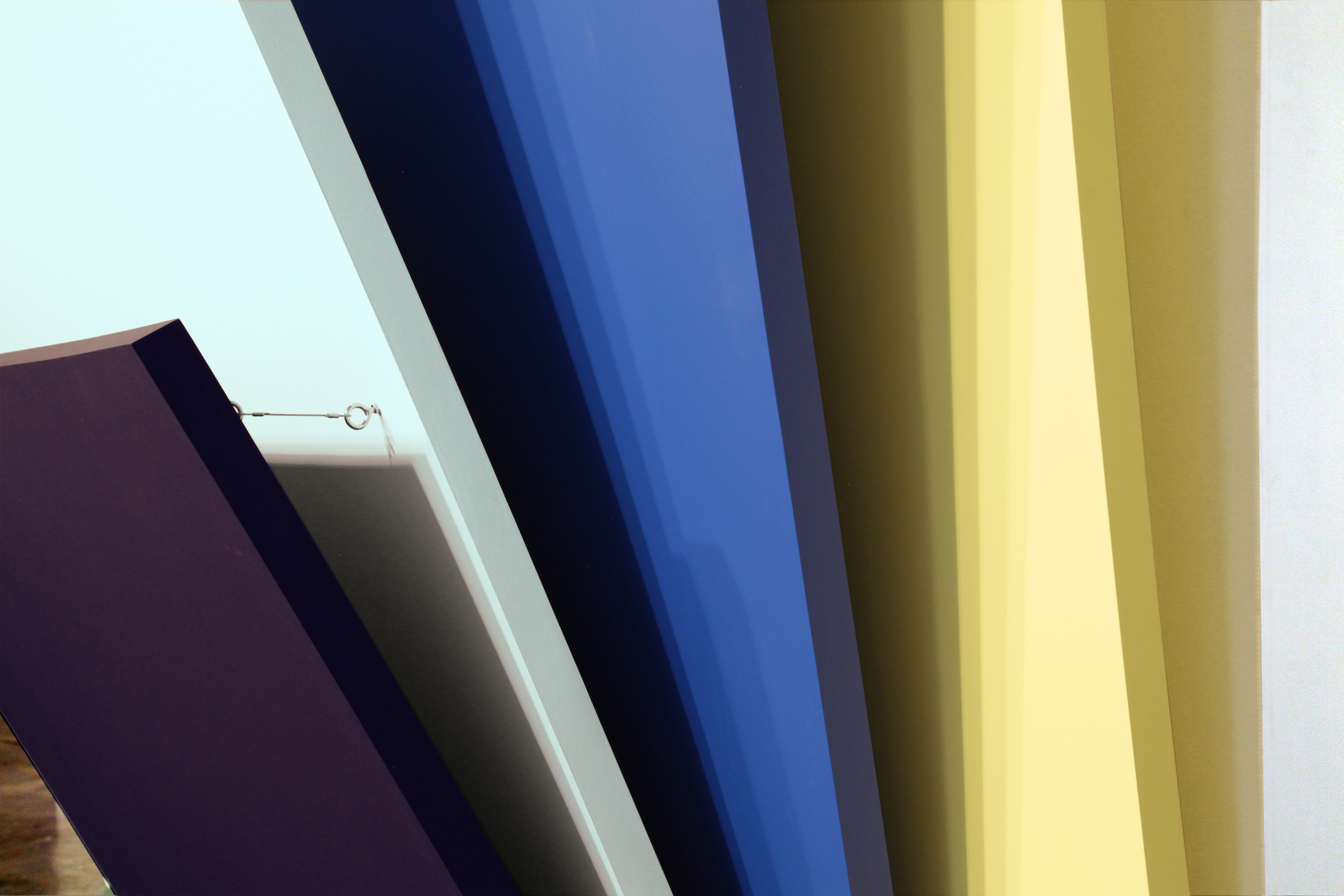