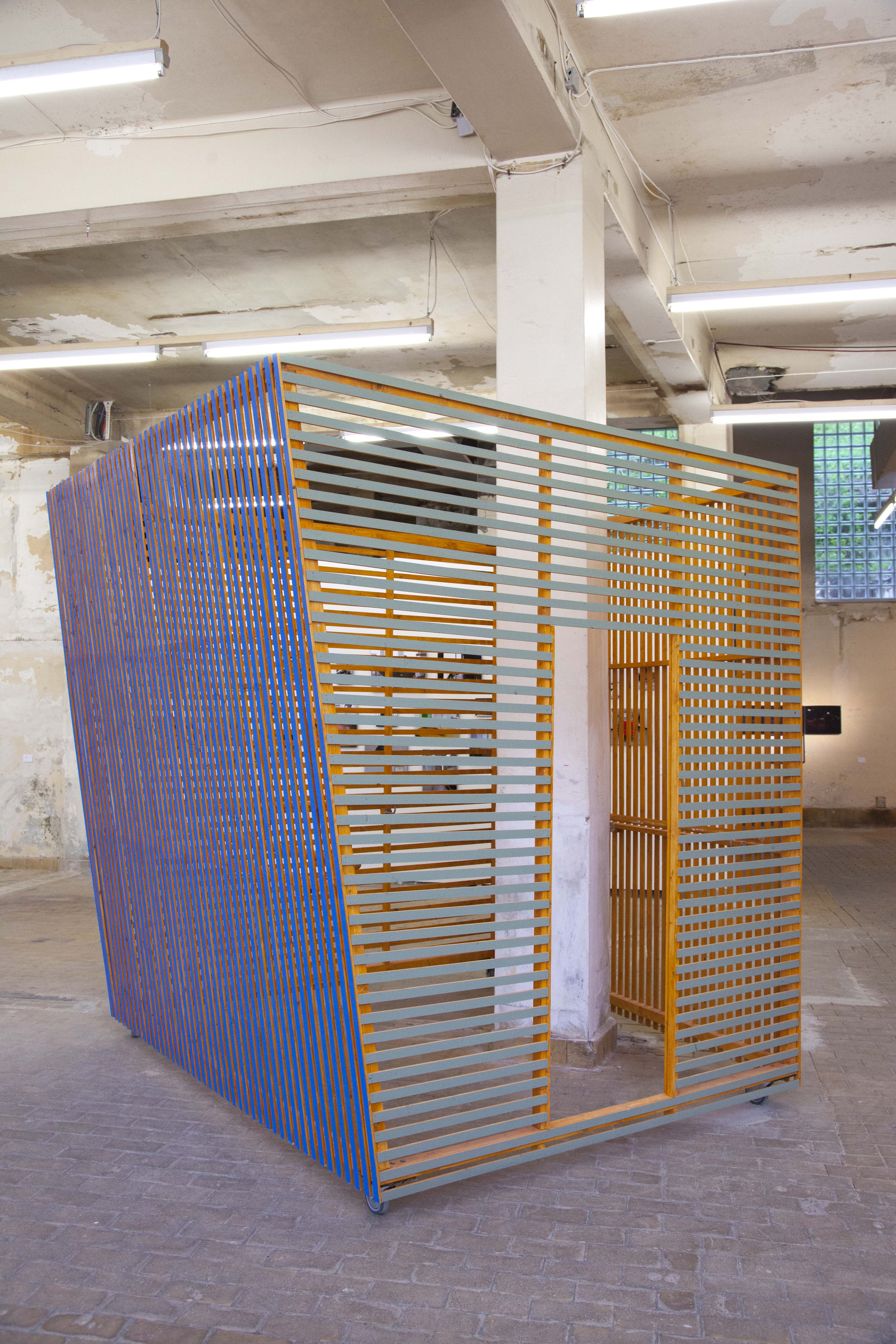 8º is a site specific installation which can be moved around on its wheels. Anchored in place by a pillar of the building, it was made after a close study of the architecture of the old industrial building Bergen Kjøtt in Bergen, Norway. For the final exhibition of my undergraduate studies I moved into Bergen Kjøtt for three weeks and built the installation with angles corresponding to the misalignment between the support structure of the house and its walls. My goal was to create an interactive piece which could involve the exhibition goer in spatio-temporal explorations similar to those I went through myself when making sculptures and sculpturally getting to know an architectural site. Would it feel like it was the room seen through the gaps of this construction that was moving, or like the construction, static in relation to me, that was moving? What would the difference be between looking at the moving background through horizontal gaps and vertical gaps?  Such and similar questions relating to body, perception and architecture was what motivated this and other projects during the course of my undergraduate studies in fine art at the National Academy of the Arts in Bergen. 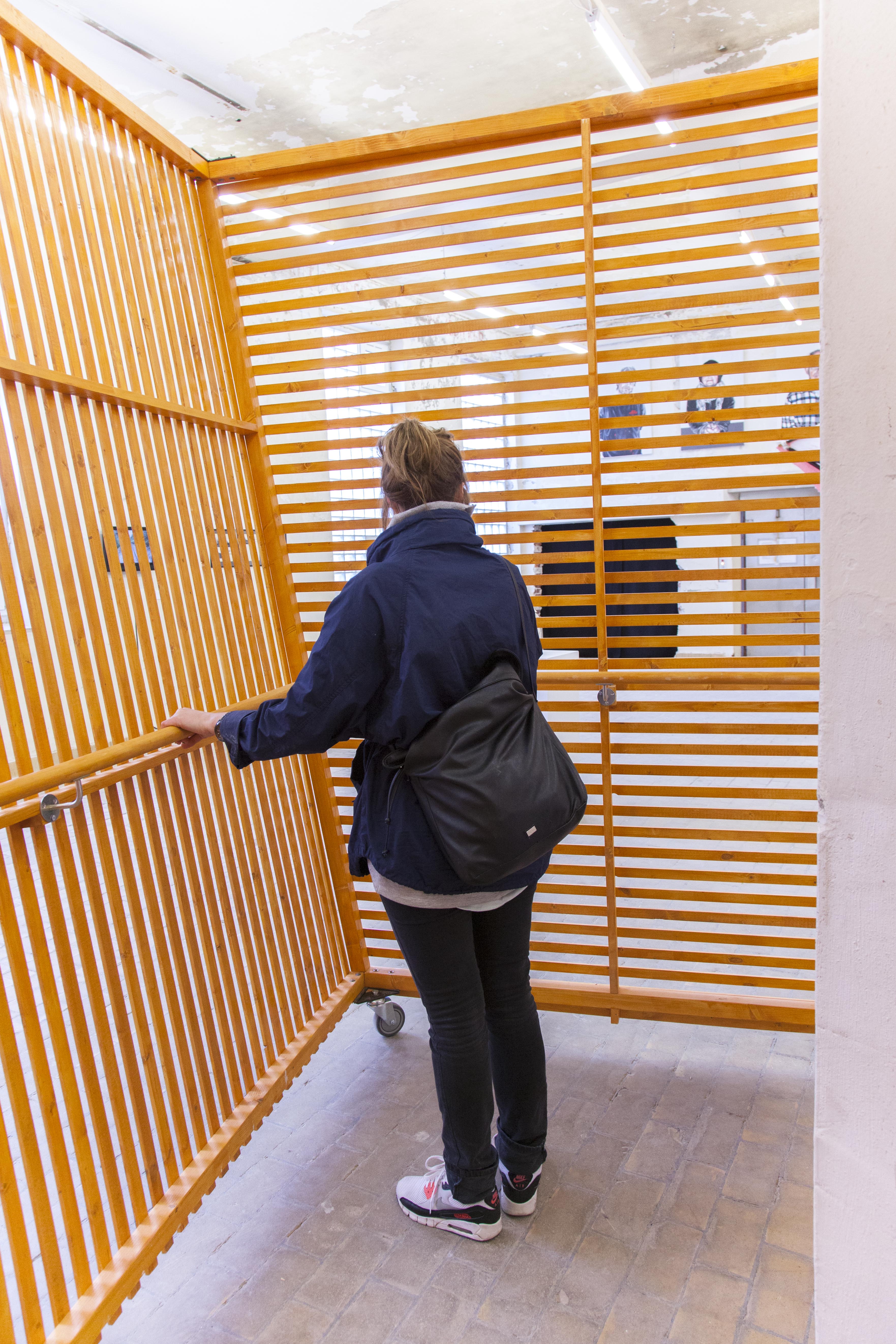 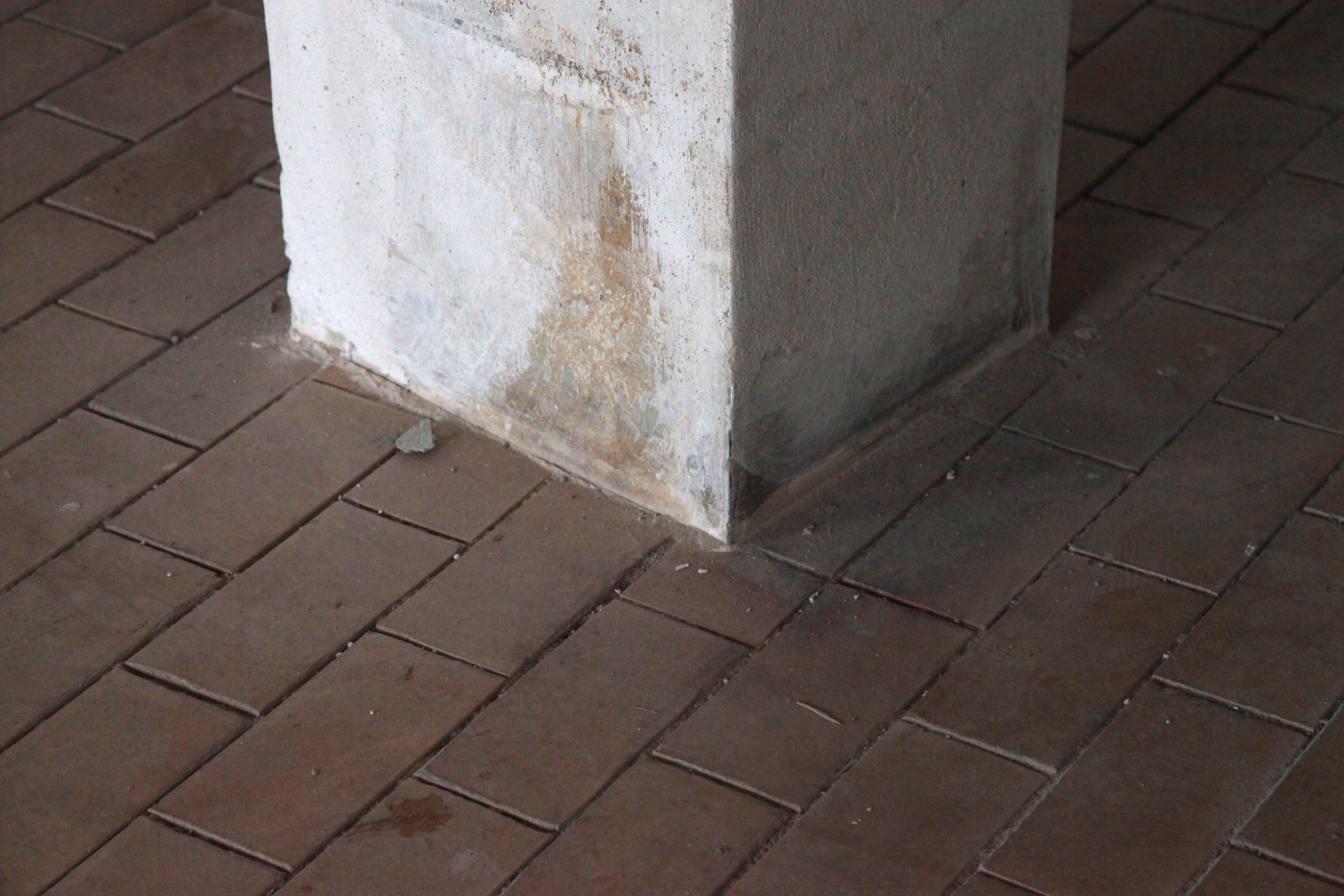