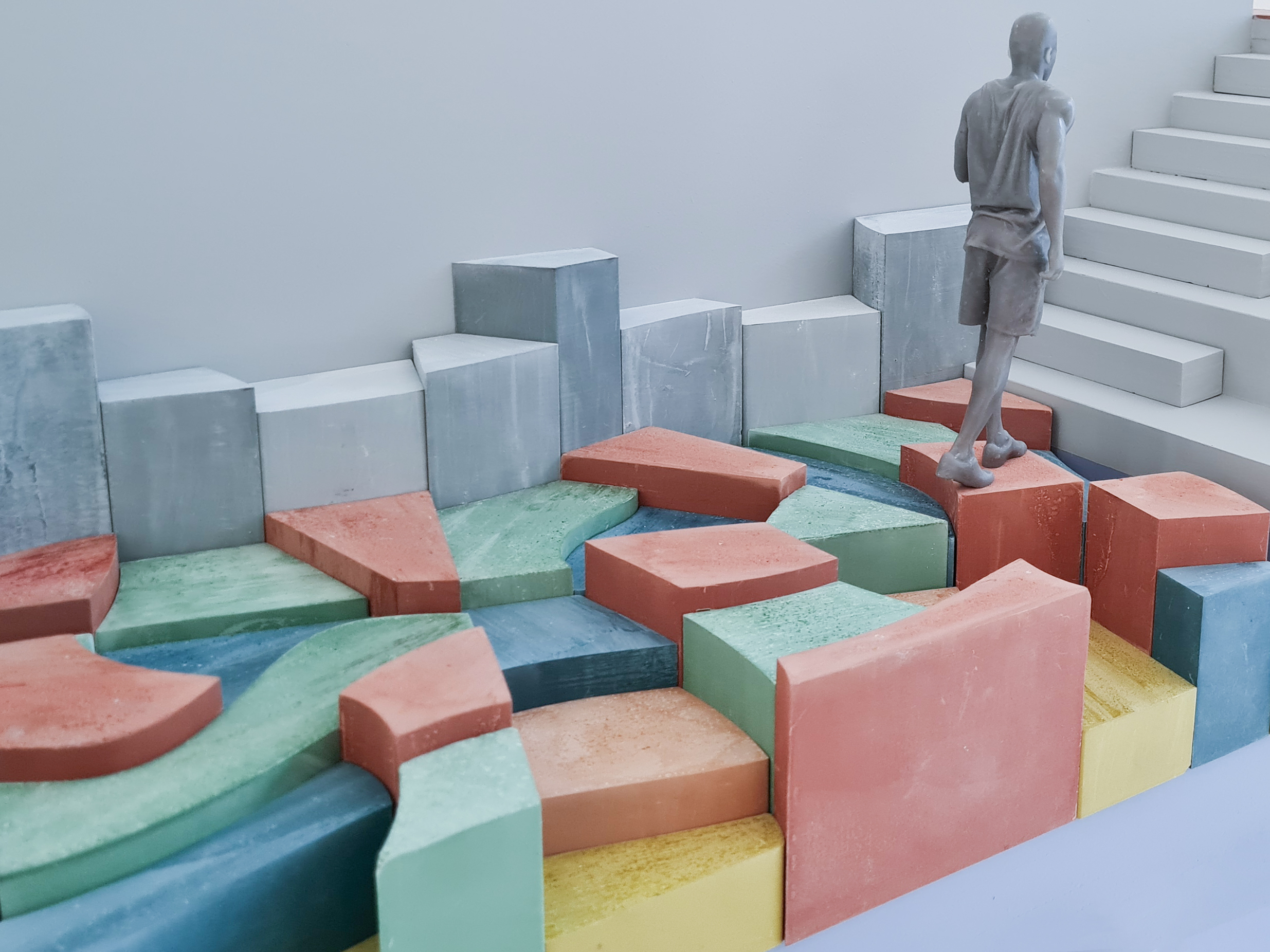 Nullpunktet’s Tidevann is a proposal for a public art work developed for the art programme "The Tide is Changing" in Egersund, Norway in 2021.

In Eigersund their shoreline is close to something called an amphidromic point, a part of the ocean where there is almost no difference between high and low tide. This low relief is based on the different reference points for zero in water level at sea: The blue elements correspond Mean Sea Level (average level measured over 19 years), the green to Standard Zero (the level we usually refer to when speaking about meters above sea level). The yellow elements take their height from Chart Datum (what is used as zero in nautical maps) and the light and dark red elements represent Lowest Astronomical Tide and Highest Astronomical Tide. At this amphidromic point the variation from LAT to HAT is as little as plus and minus 18cm. Along the back wall of the installation the taller elements represent increase in these different water levels, based on three different projections of CO2 emmissions predicted by the IPCC (RCP8.5, RCP4.5 and RCP2.5)

The ambition with this proposed public art work was to create a frame around the amphidromic tidal phenomenon by enhancing the subtle changes where water meets land, and thus make this almost imperceptible natural spectacle more visceral for the public. Central to the proposal was also to create a place where one could look at scientific abstractions and their changing relation to the medium they represent. 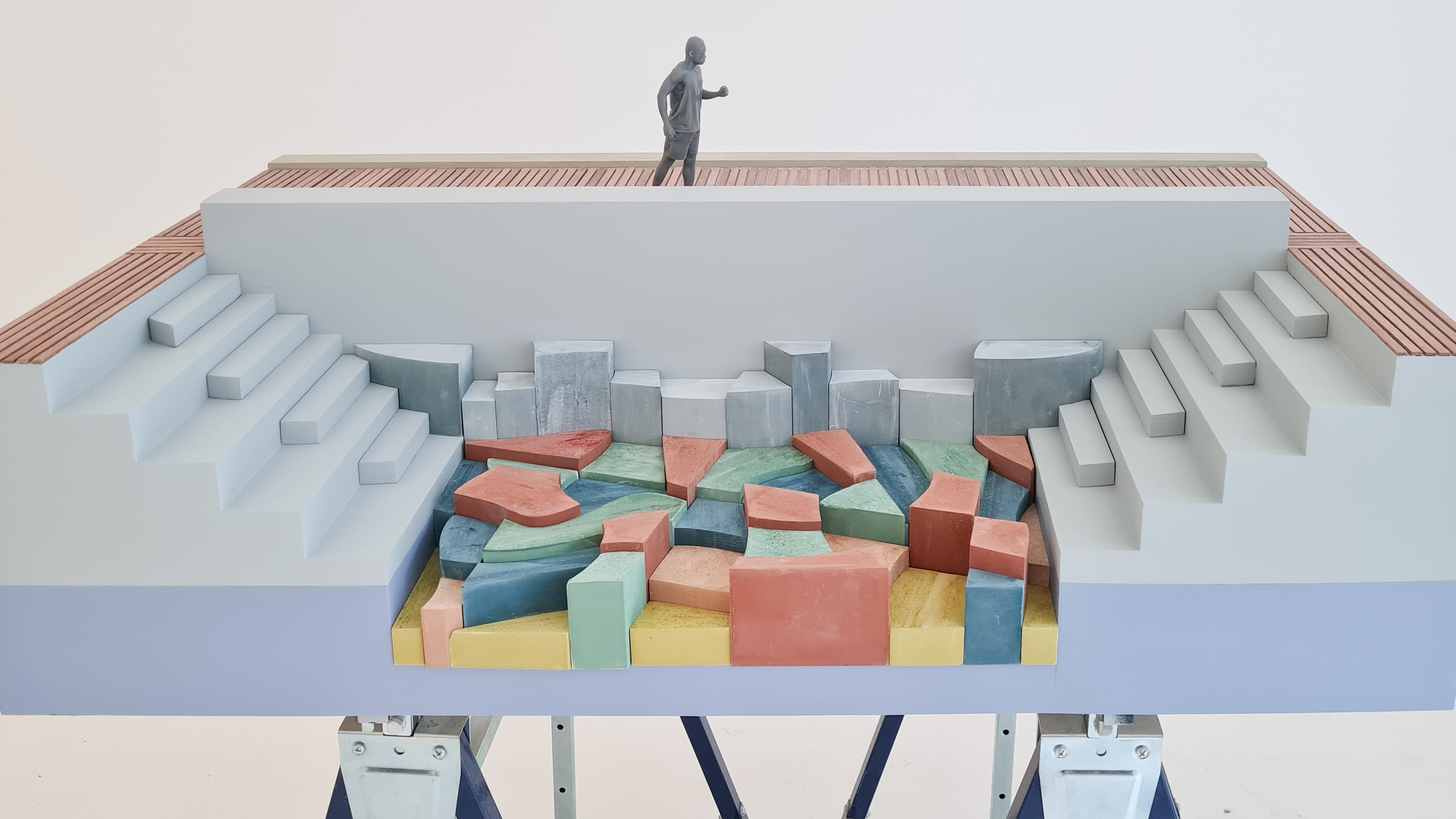 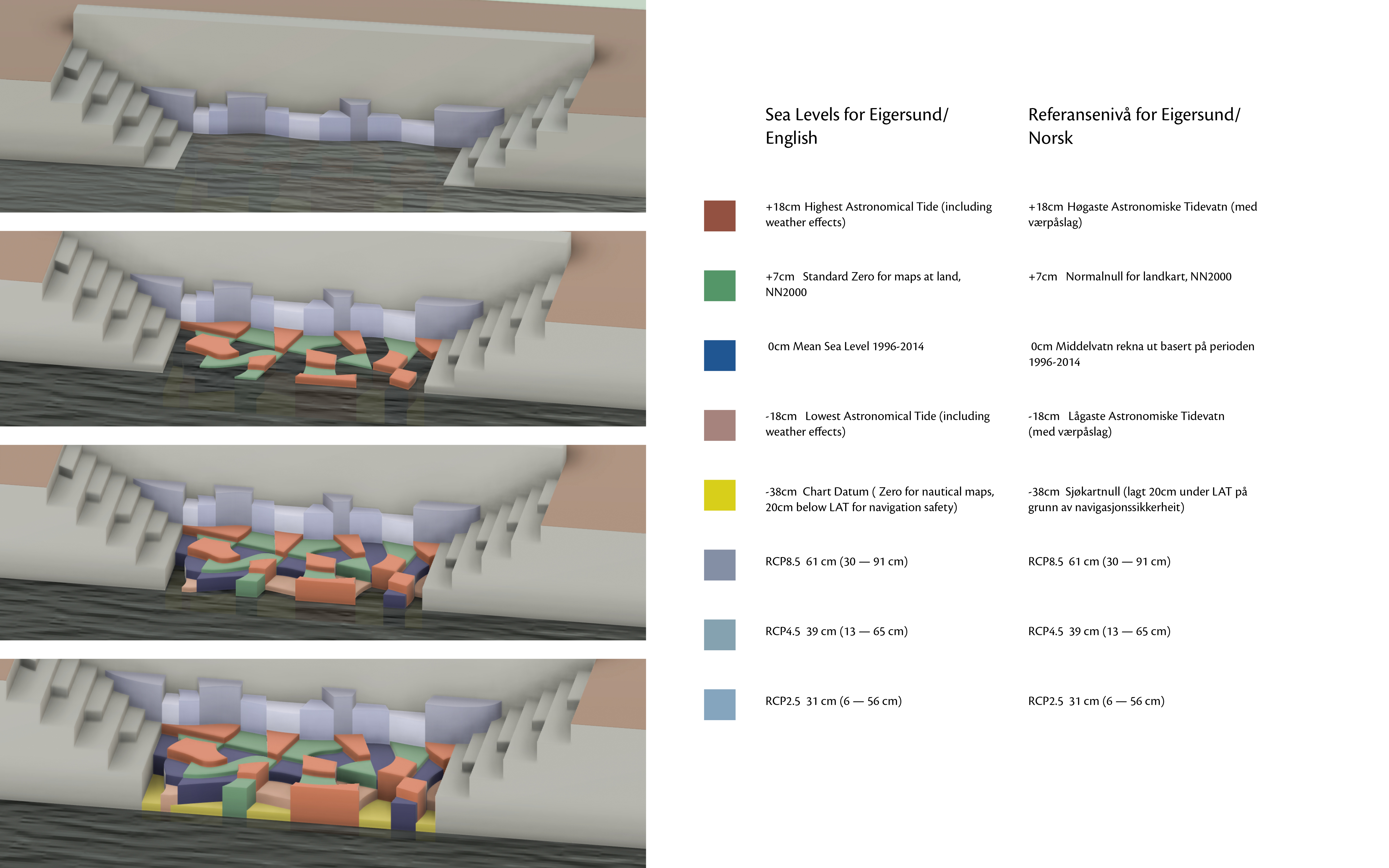 A 3D visualisation which shows how different parts of the low relief will be exposed at different tides, and how the actual sea level corresponds to the various scientific abstractions 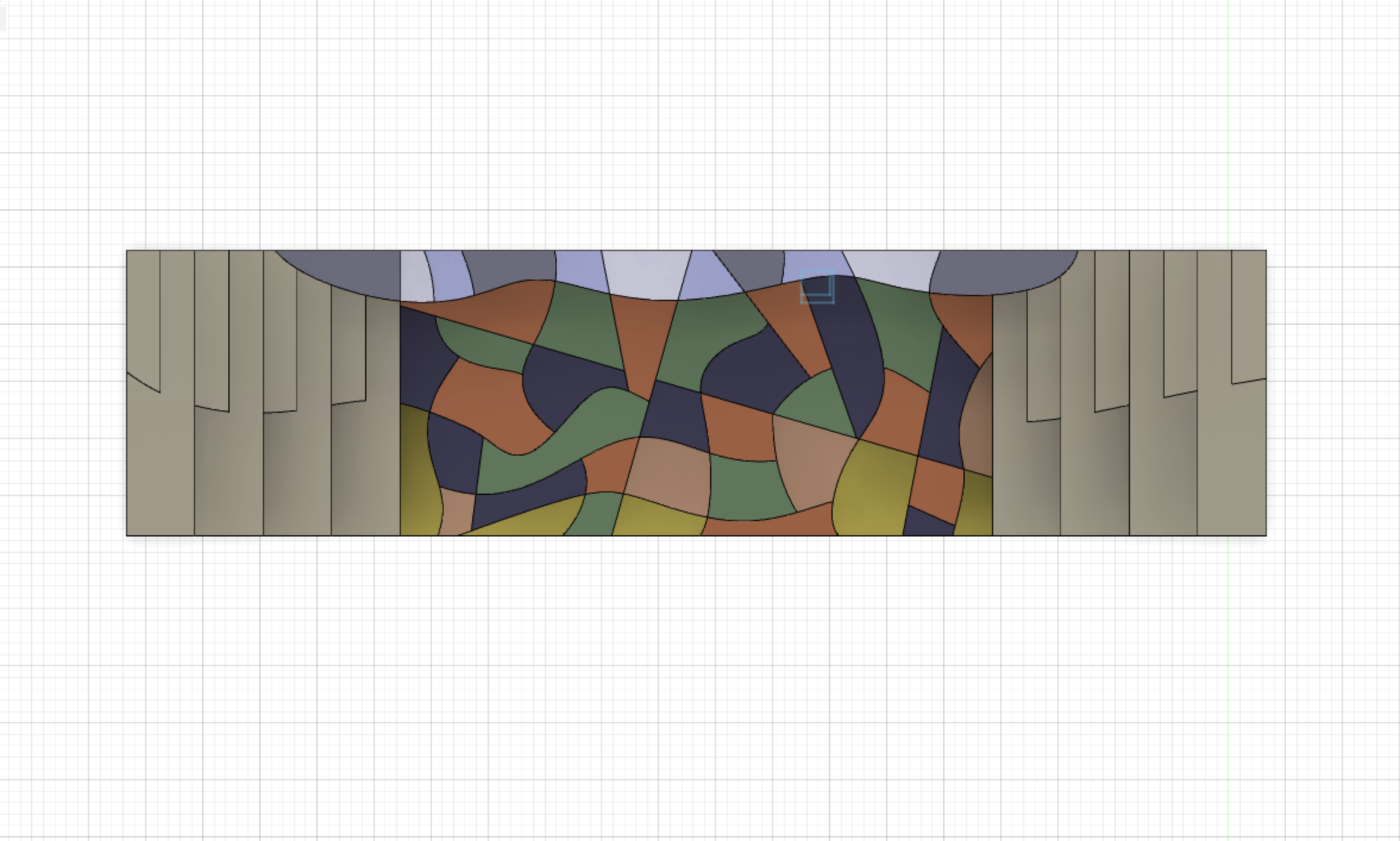