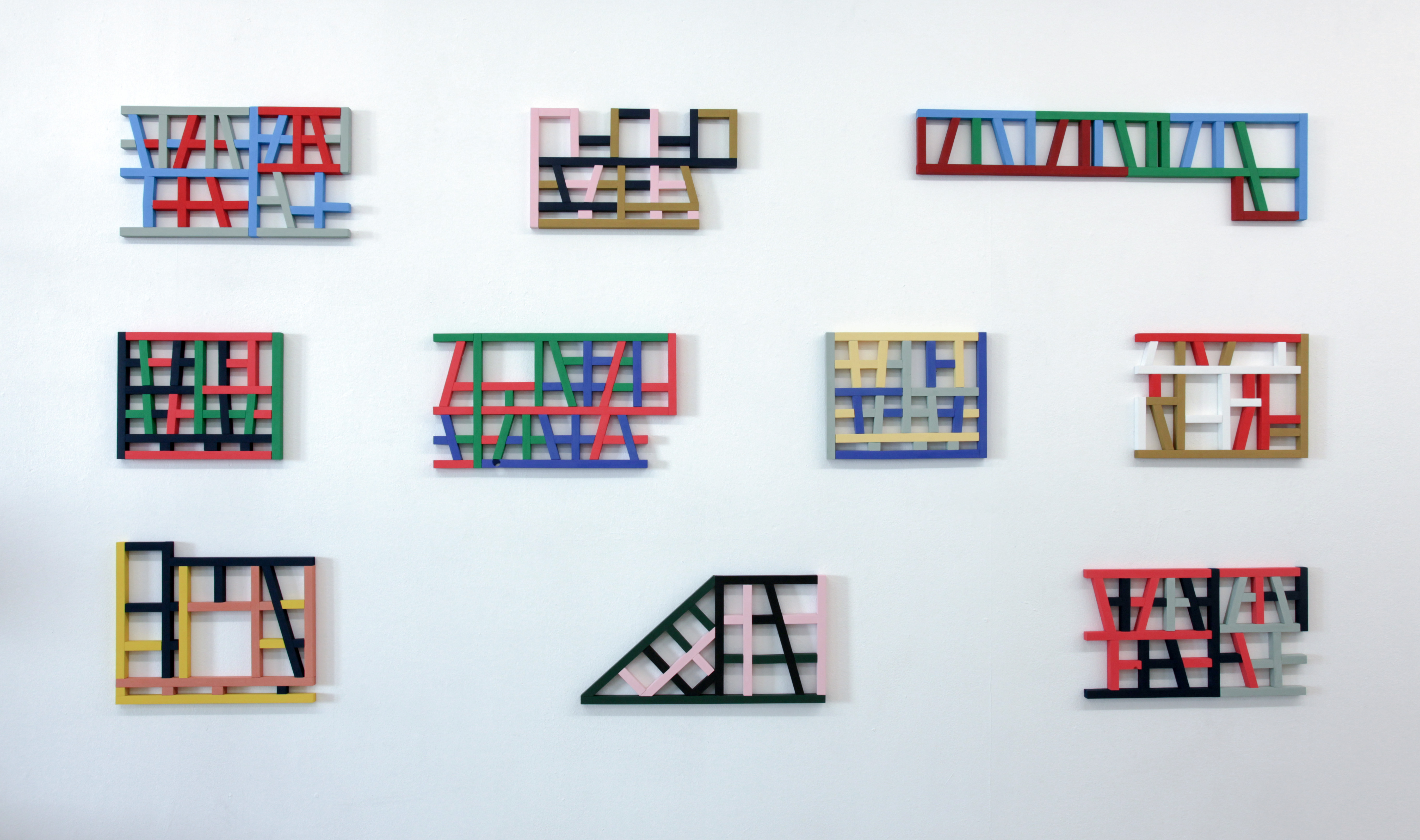 Riegelbau is a series of wall works that are based on half timbered houses I saw during visits to Switzerland in 2010. They are some of the first in a larger body of work spanning from 2009 until 2020 which focuses on support structures, and how the shape of these have changed alongside a technological development which also has great implications for the workers involved in the making of houses and things.

The first group of sculptures were made during a residency at Die Fabrik in Burgdorf in 2010 and shown in an exhibition at Milieu in Bern, Switzerland the same year. 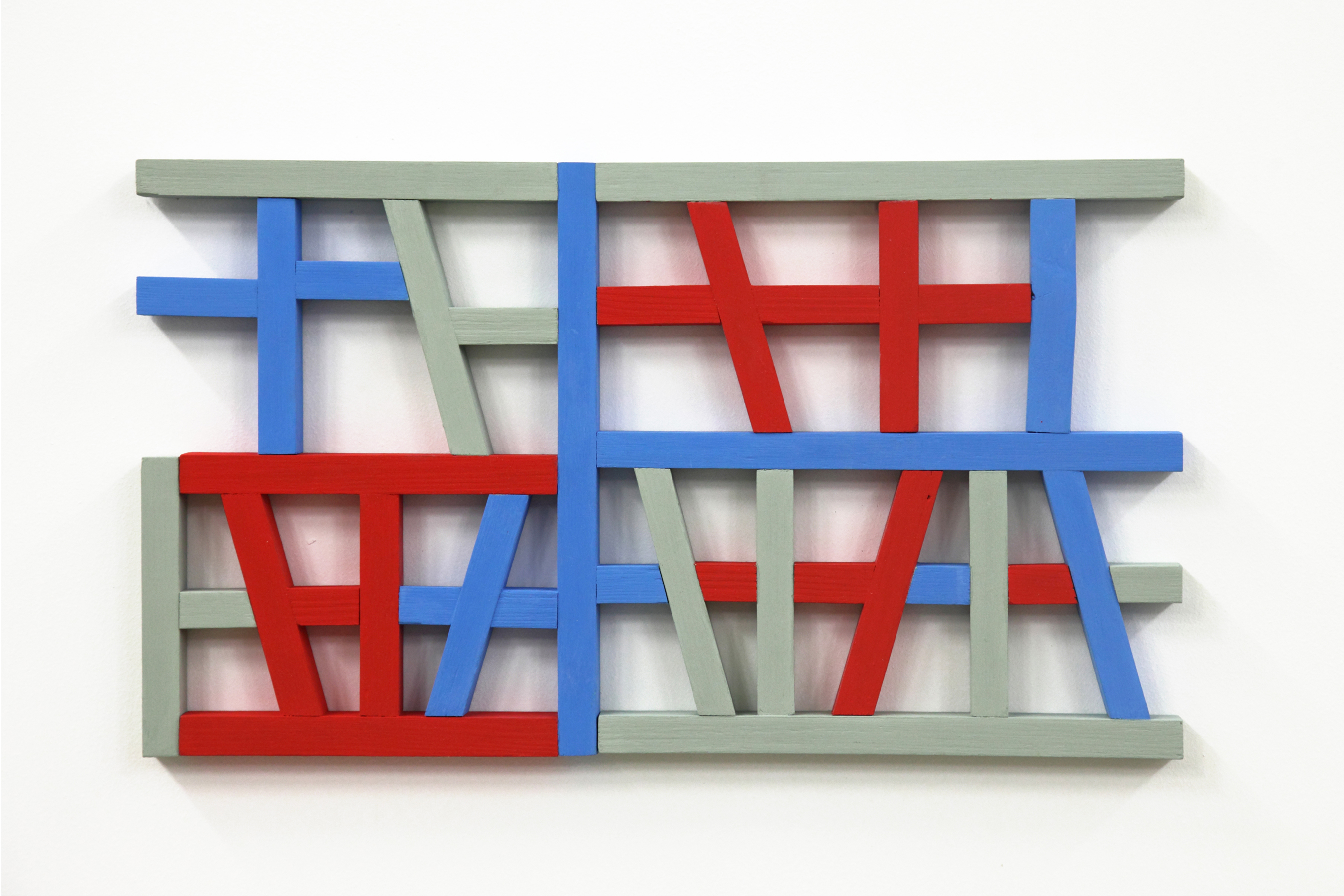 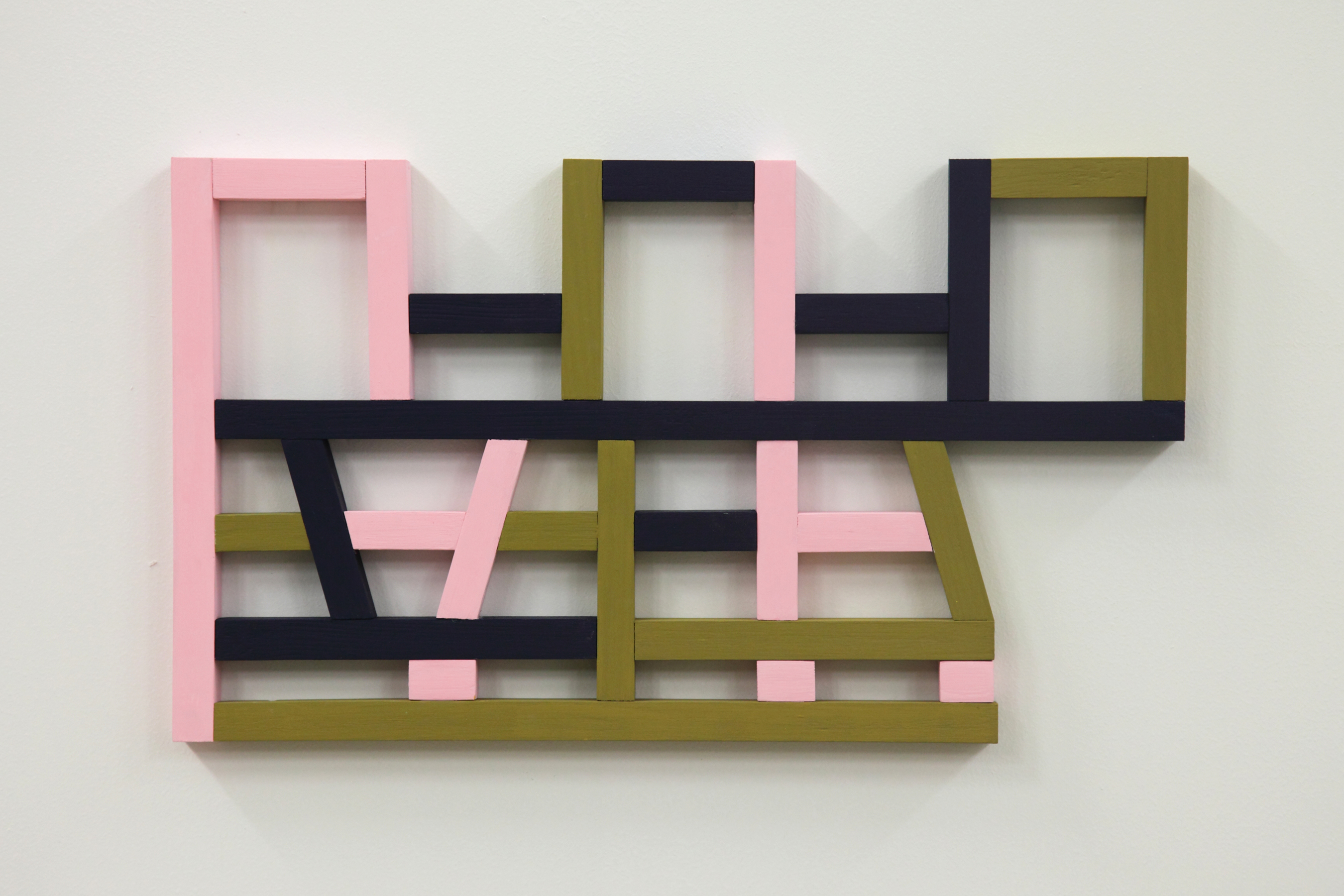 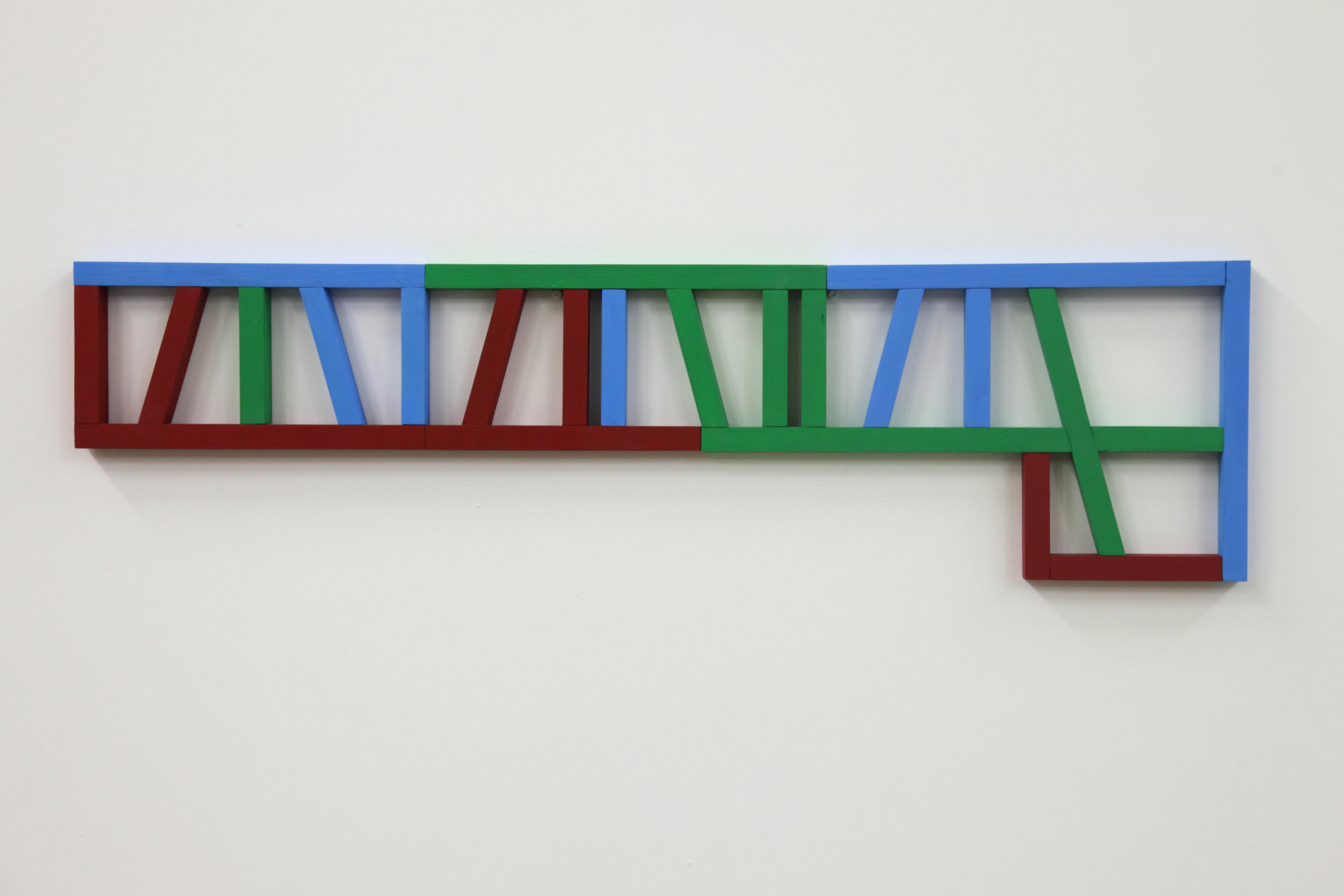 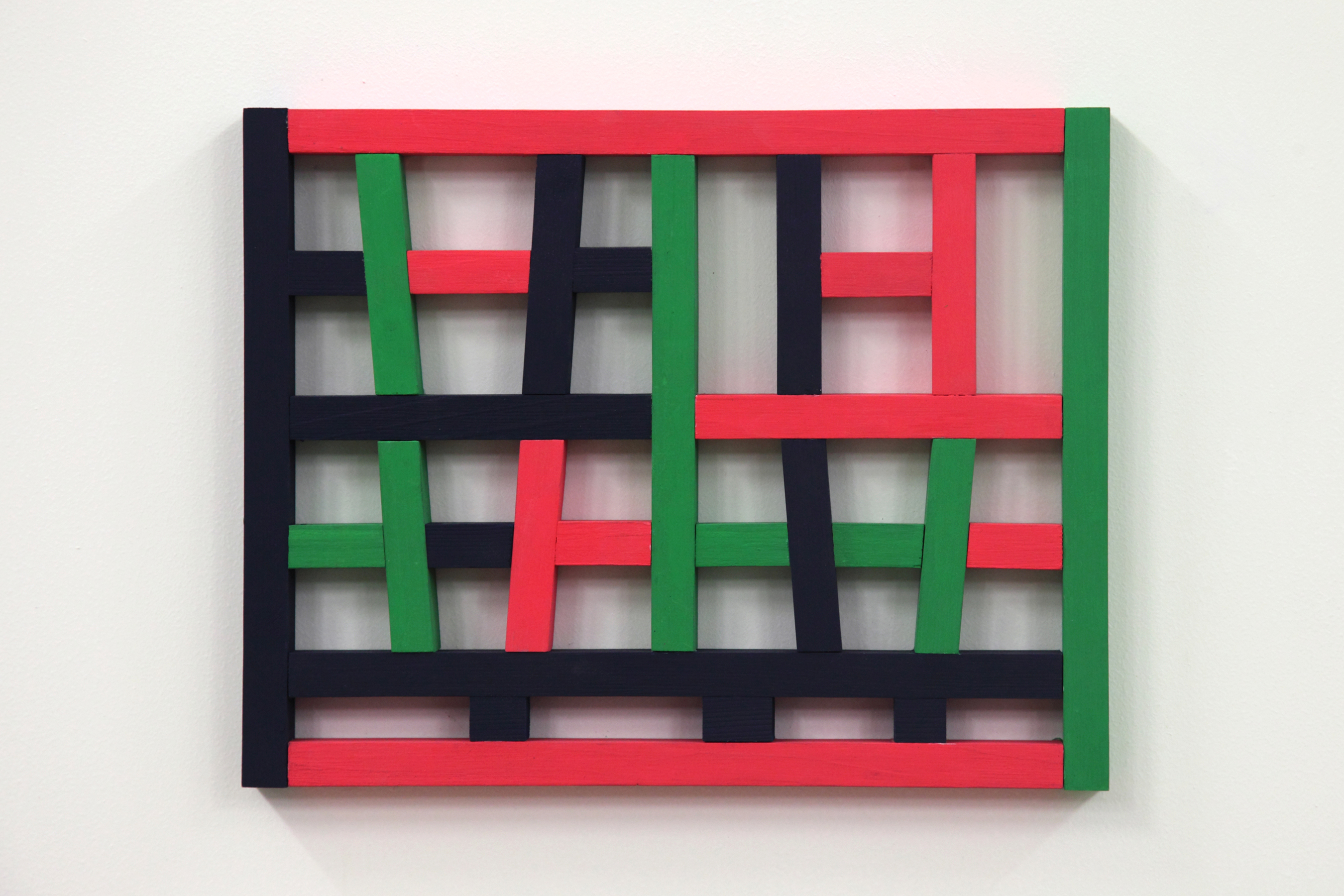 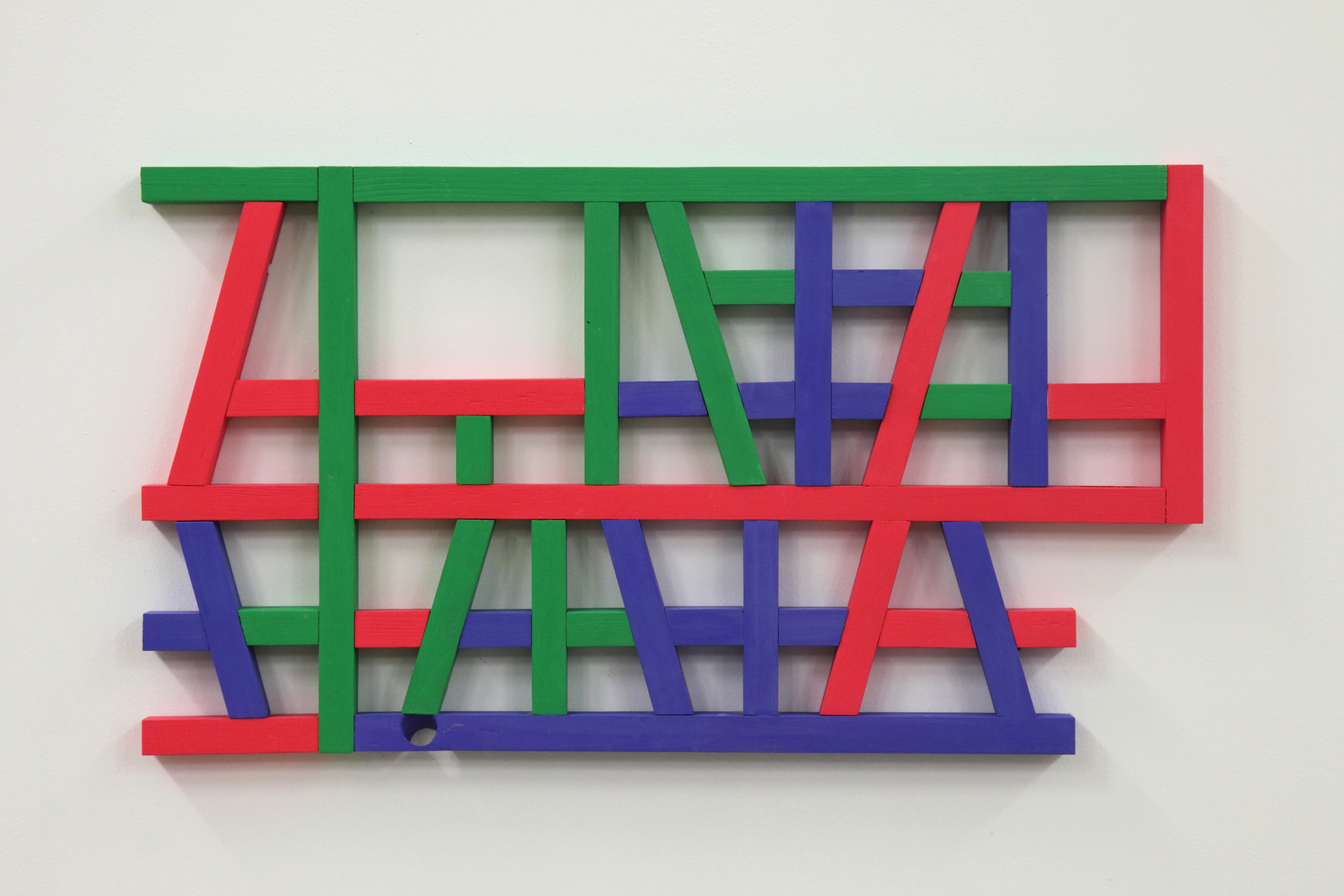 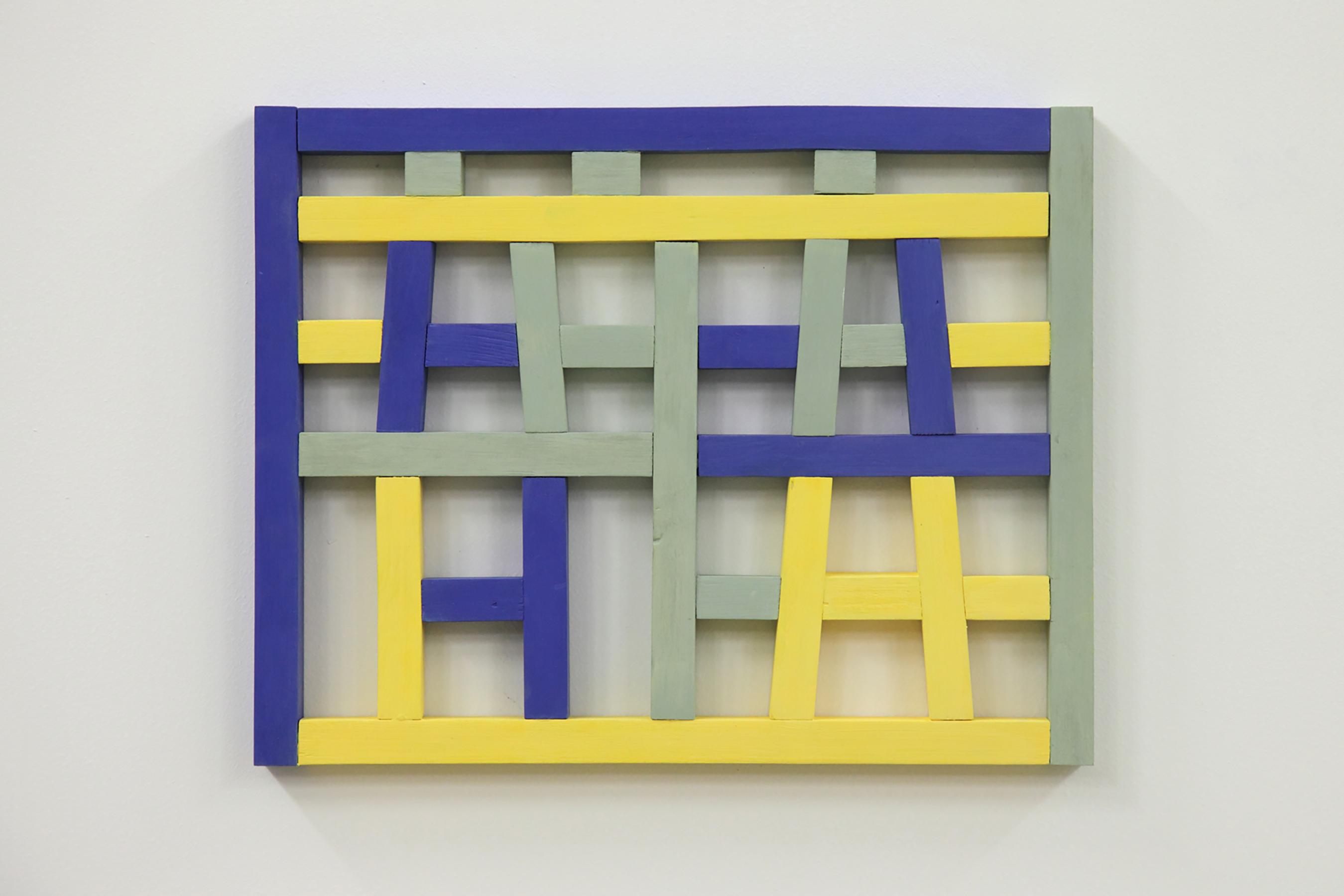 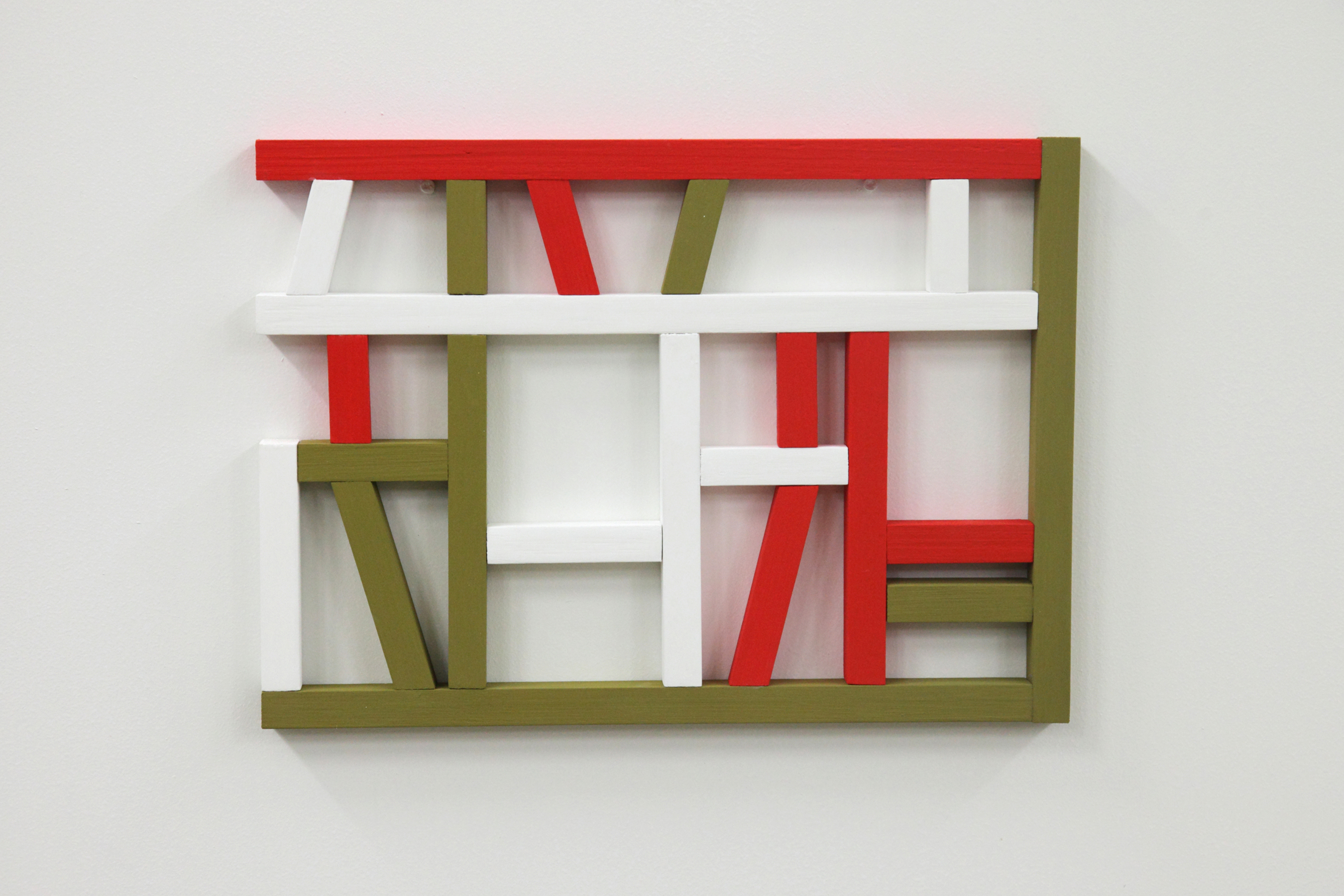 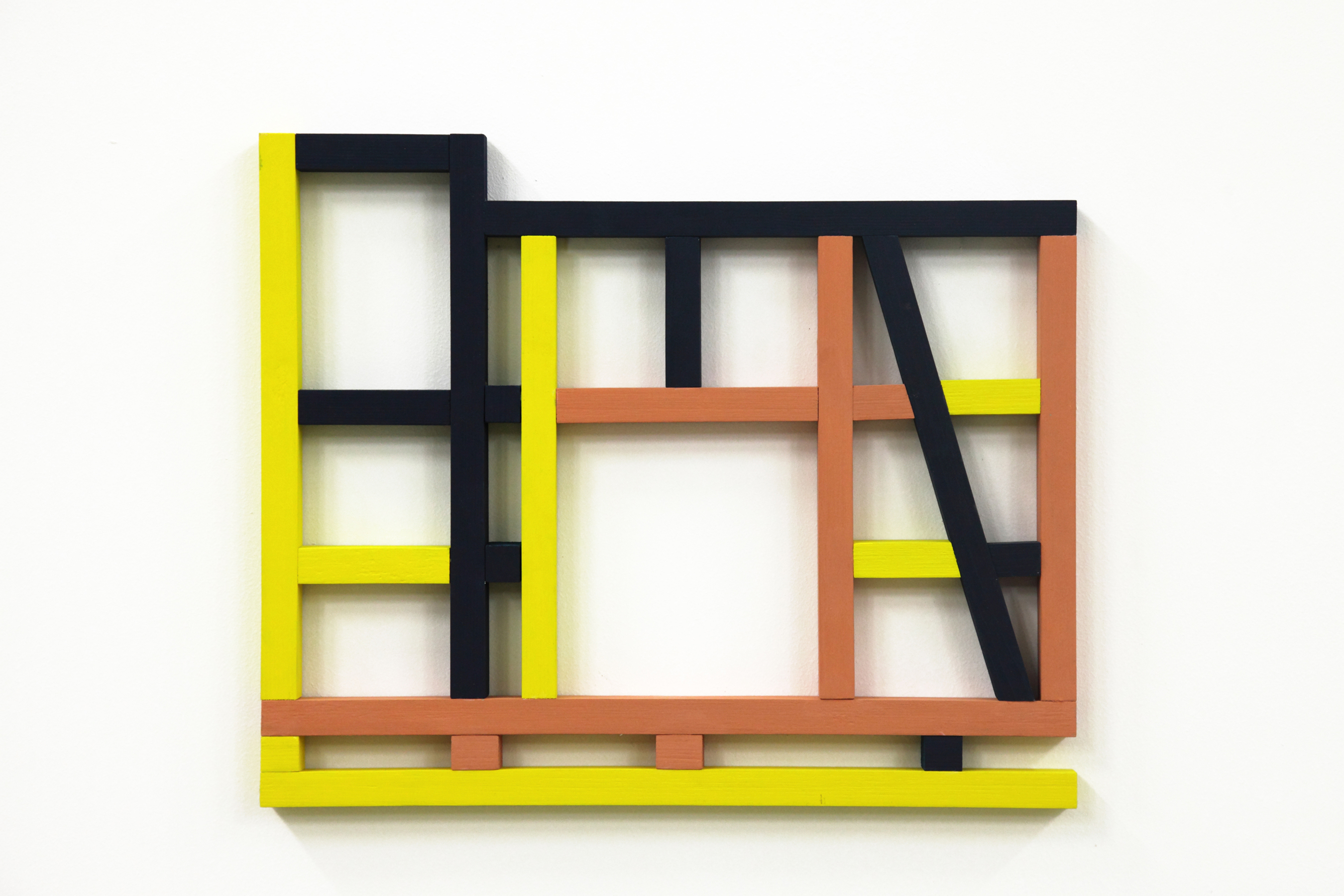 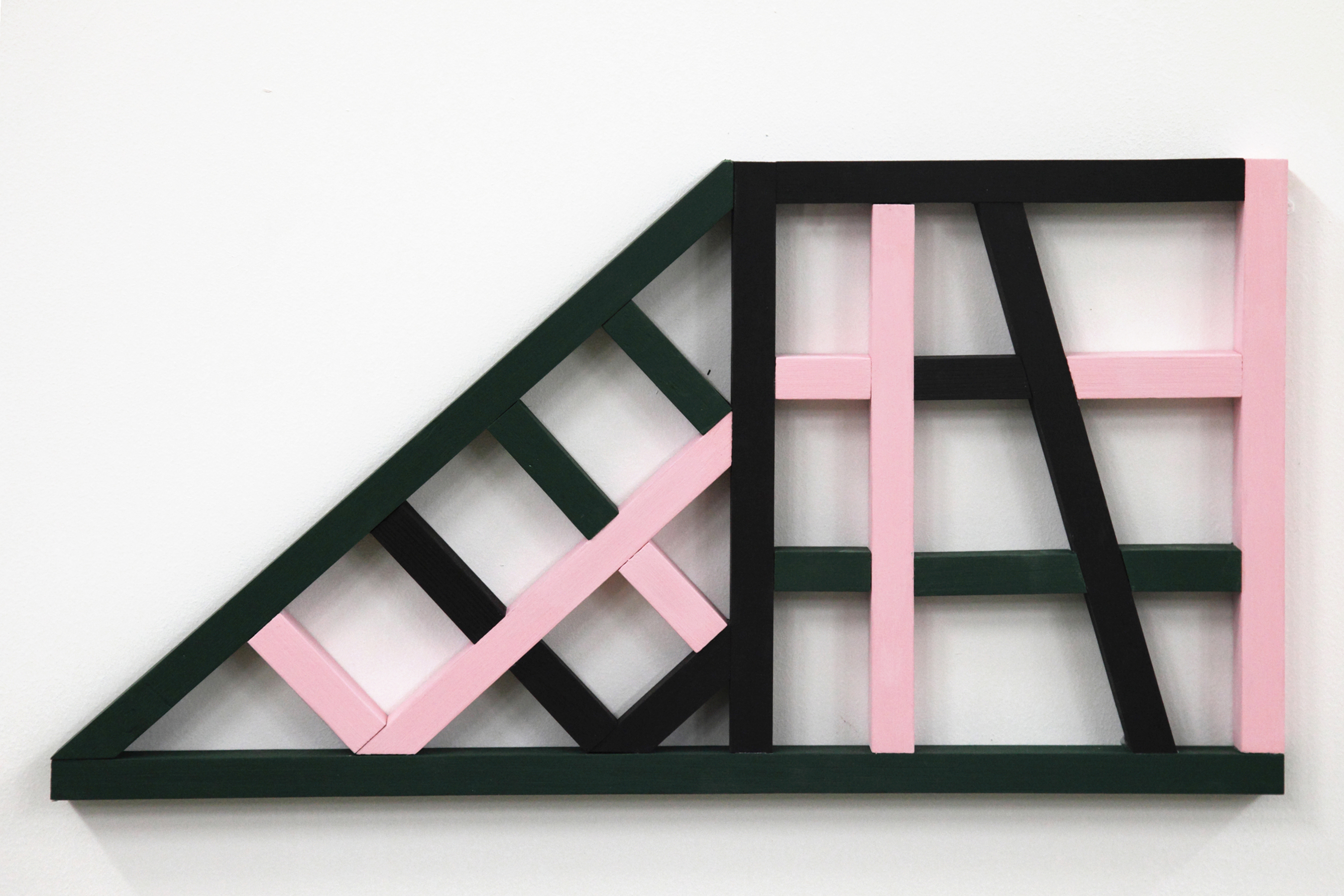 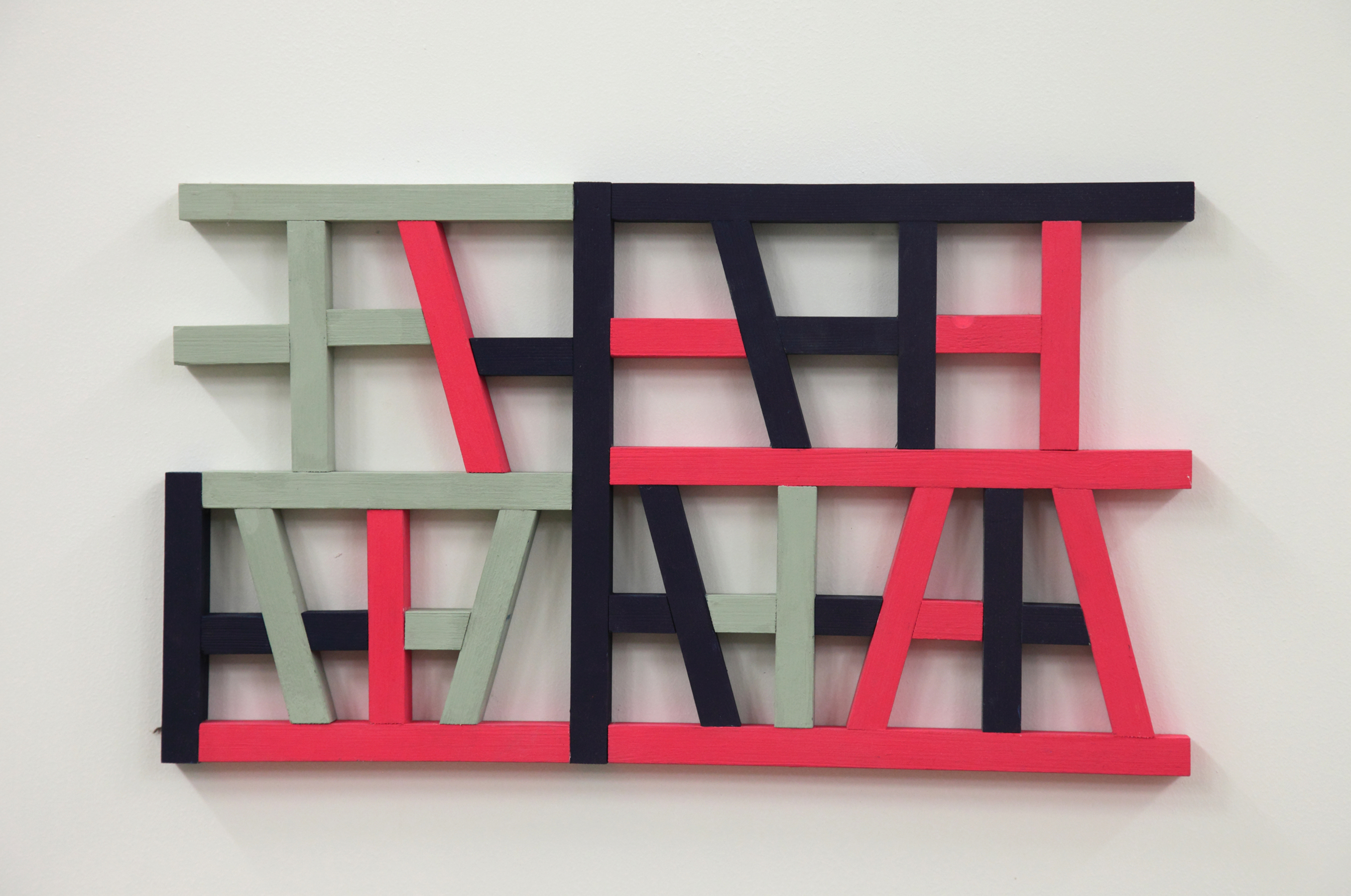 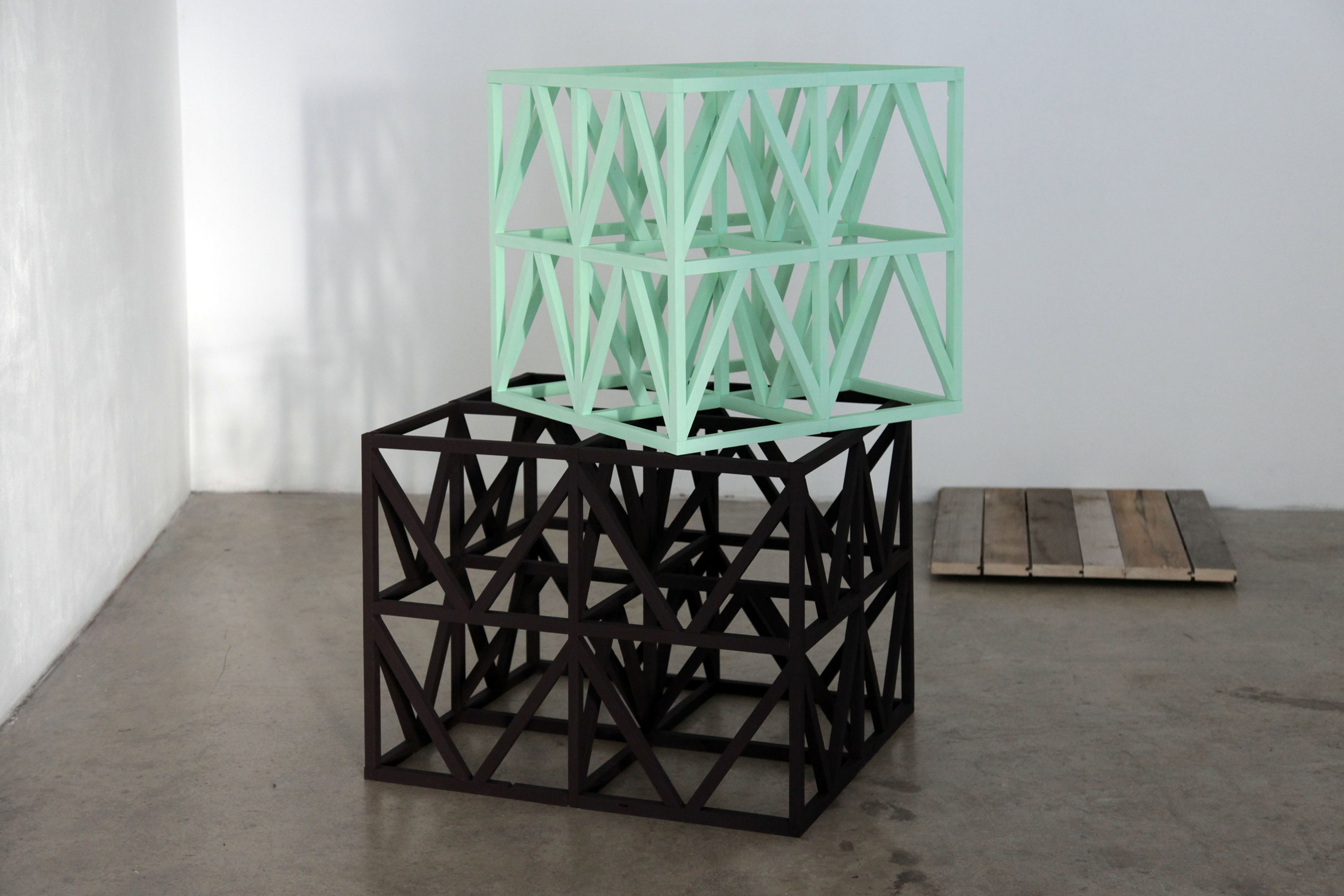 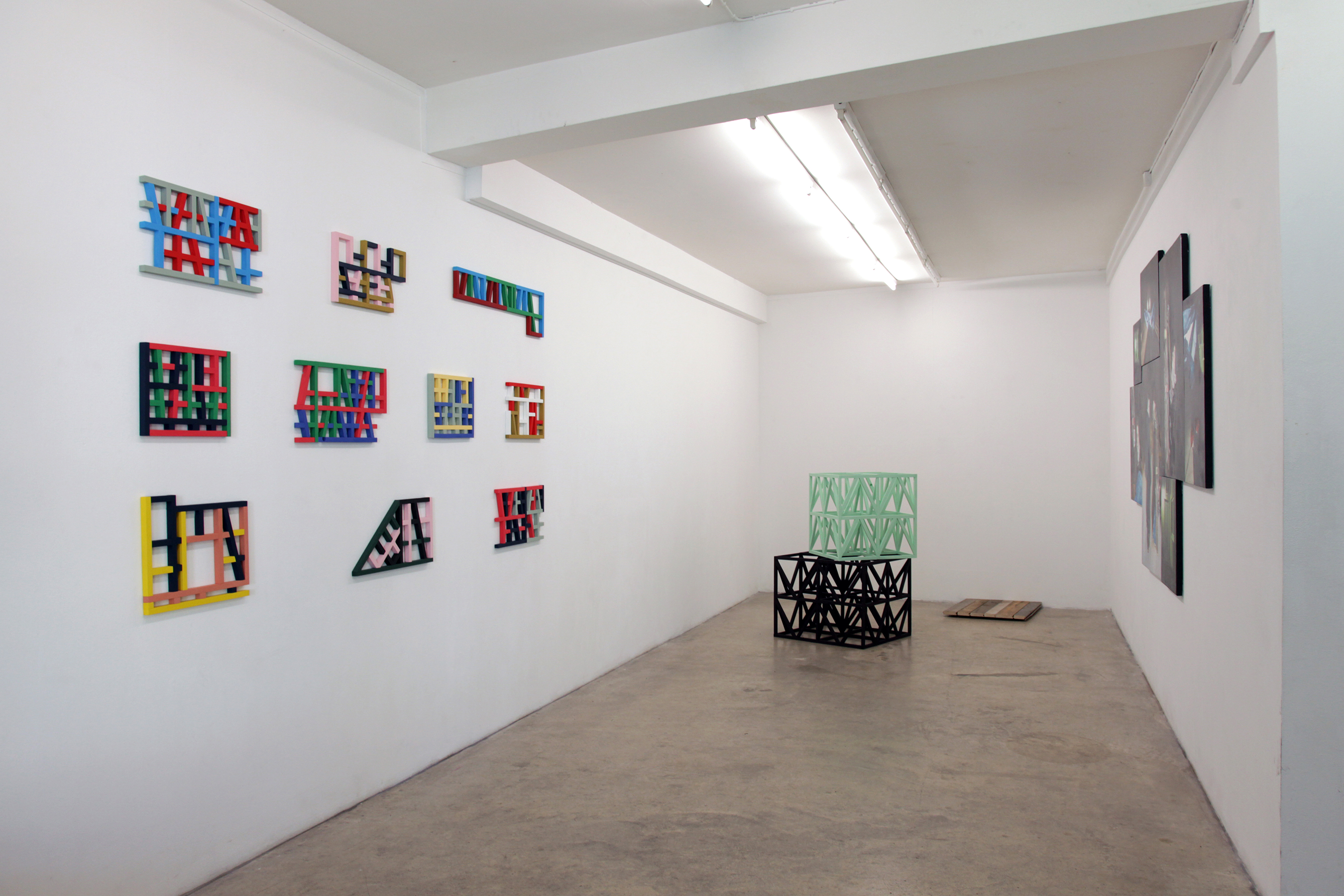 Installation view from the first Riegelbau series exhibited at Milieu gallery in Bern next to paintings by artist Kristin Austreid.