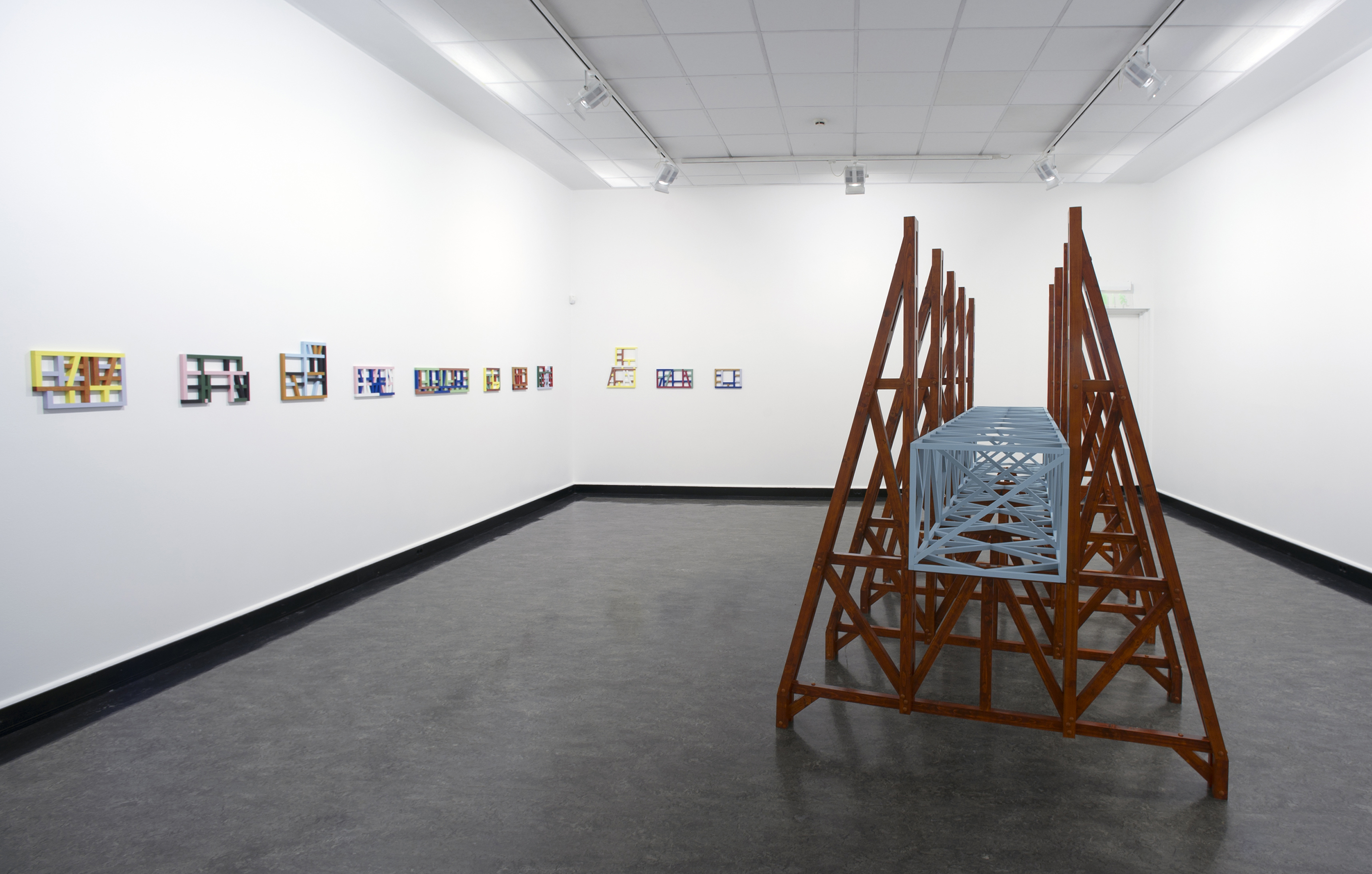 Statics was a solo exhibition co-produced by Bergen Kunsthall for their gallery NO5 exploring support structures throughout various stages of technological development. A fanzine published in the occasion of the exhibition gathered research material on the historical development of support structures and coupled the change in these shapes with tracing a change in work routines and lives for those involved in planning, design, building and inhabitation of such constructions.

Below is the exhibition text and a link to the publication available for download.

Magnhild Øen Nordahl opens this year’s exhibition programme in NO.5 with a series of new sculptural works.

Øen Nordahl works with sculpture and installation where painted wood, concrete and industrial materials are used in precision-built structures based on architectural construction principles, geometry and physics. Visually, she often uses sculptural form for a phenomenological staging of the exhibition space. In several earlier projects Øen Nordahl has combined the physical, material forms with dramatic lighting that balances the solidity of the sculptures with a more intangible definition of the space by means of light and shade.

Nevertheless, Øen Nordahl’s works are not mere formal experiments. The sculptures are often based on site studies where specific buildings form a background – often quite concrete – for the works, both in form and content. In the exhibition there are references to half-timbered houses, Japanese construction legislation, log cabins and industrial architecture.

Timber-based structures form the basis of most of the works, in a spectrum ranging from the Middle Ages to early industrial architecture at the beginning of the twentieth century. Within this historical interval huge social changes have taken place. Materials, tools, machinery and construction principles have radically transformed the role of the craftsman in the execution of these buildings. Øen Nordahl’s sculptures make deliberate use of a painstaking craftbased production process, thus commenting on the role of craftsmanship in contemporary art.

The series Riegelbau is based on the half-timbered house. In these houses the distinctive framework is often visible in the facade, both as decoration and as the structure of the building made visible. Øen Nordahl abstracts the principles of the framework in a series of highly colourful wall works situated somewhere between painterly geometrical abstraction and the sculpture associated with minimalism, which similarly occupies an ambivalent position between painting and object. Another central work in the exhibition is a major sculpture based on a derrick crane in Longyearbyen, Svalbard. This work can be viewed in relation to earlier works where Nordahl has also referred to the politically sensitive coal mining industry on Svalbard. In an unsentimental way, the sculpture is soberly registrative, and at the same time is an active comment on a site-specific problem complex in Norwegian industry today.

Click here to see images of the individual Riegelbau works 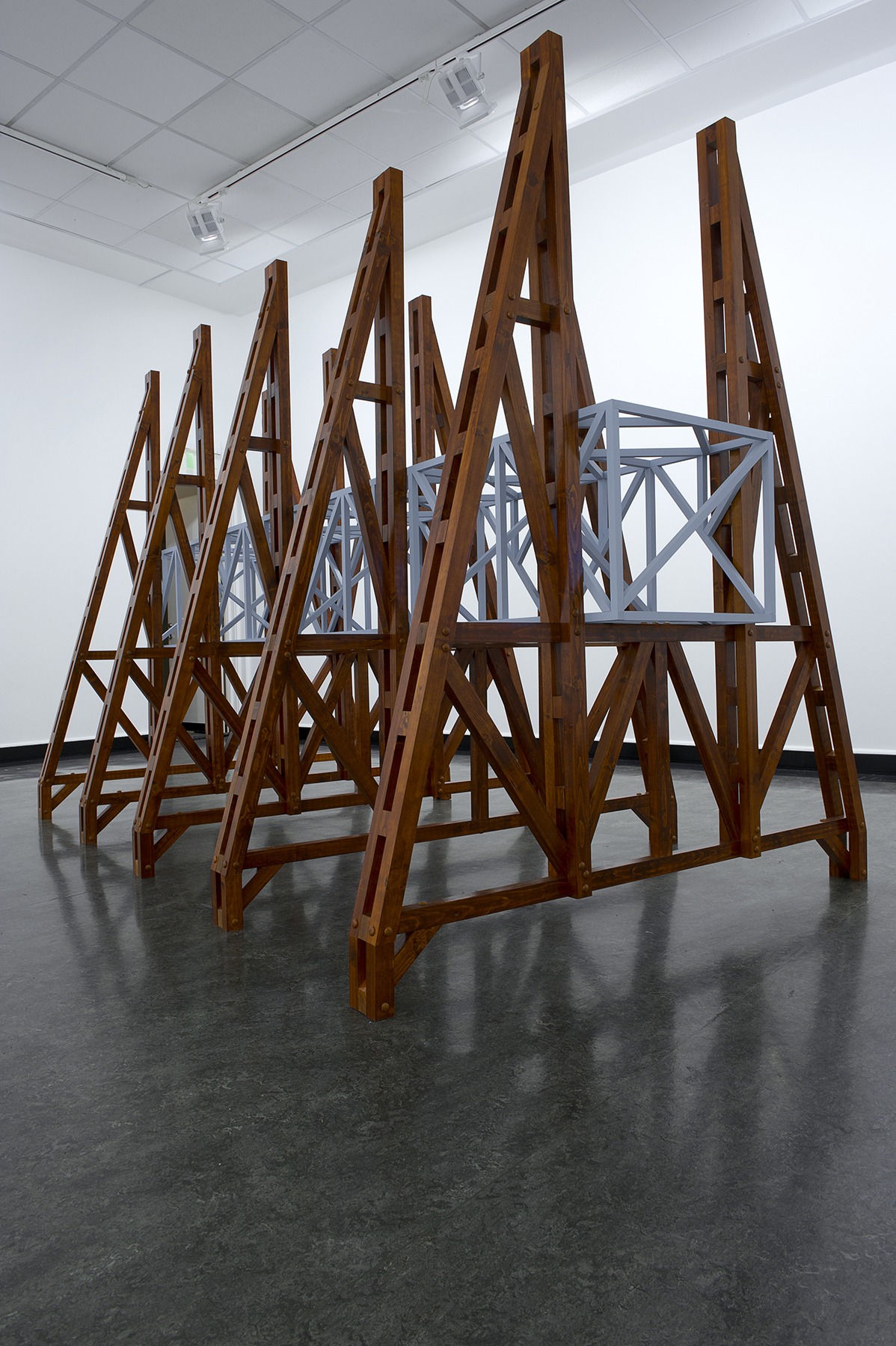 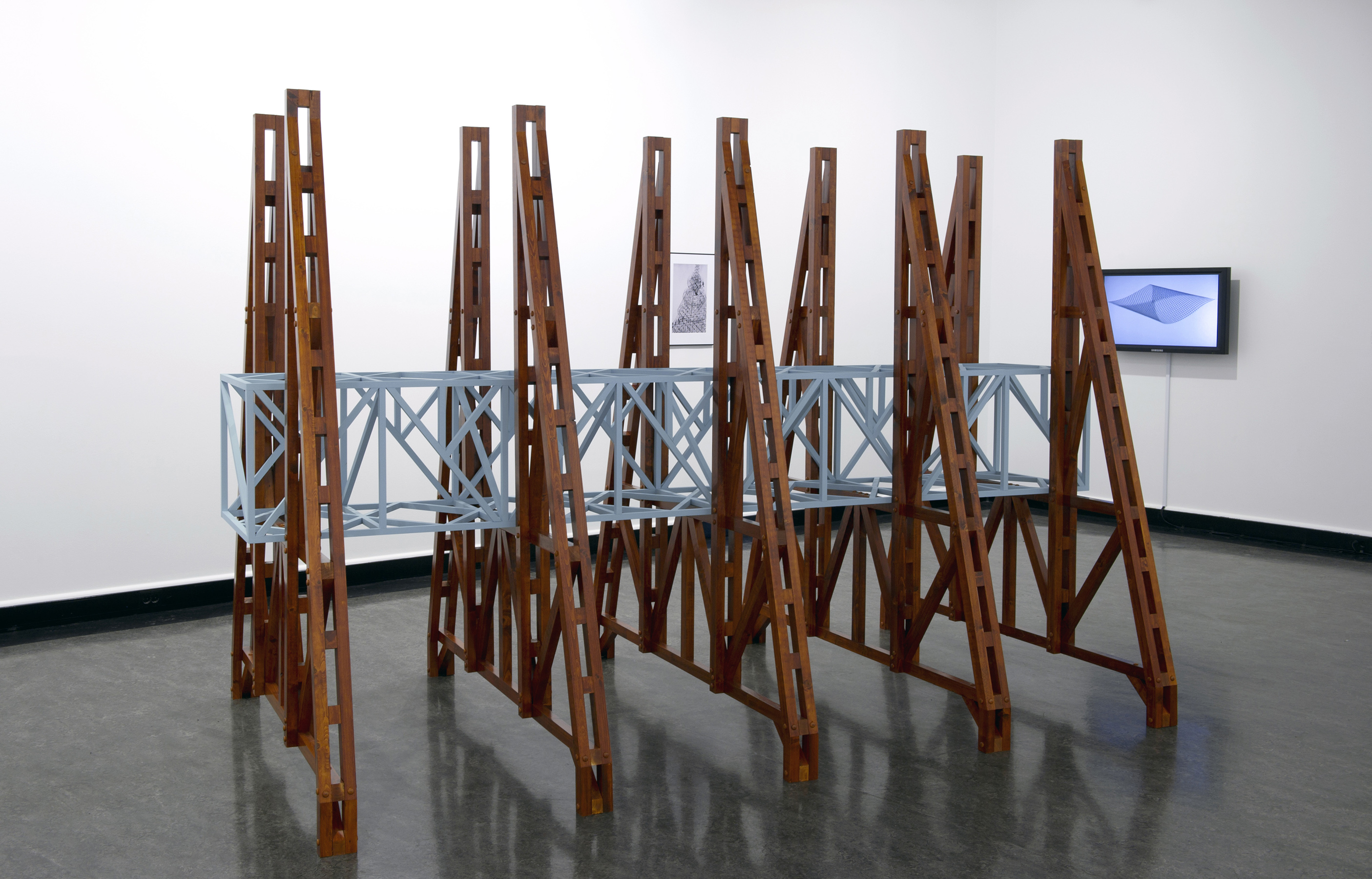 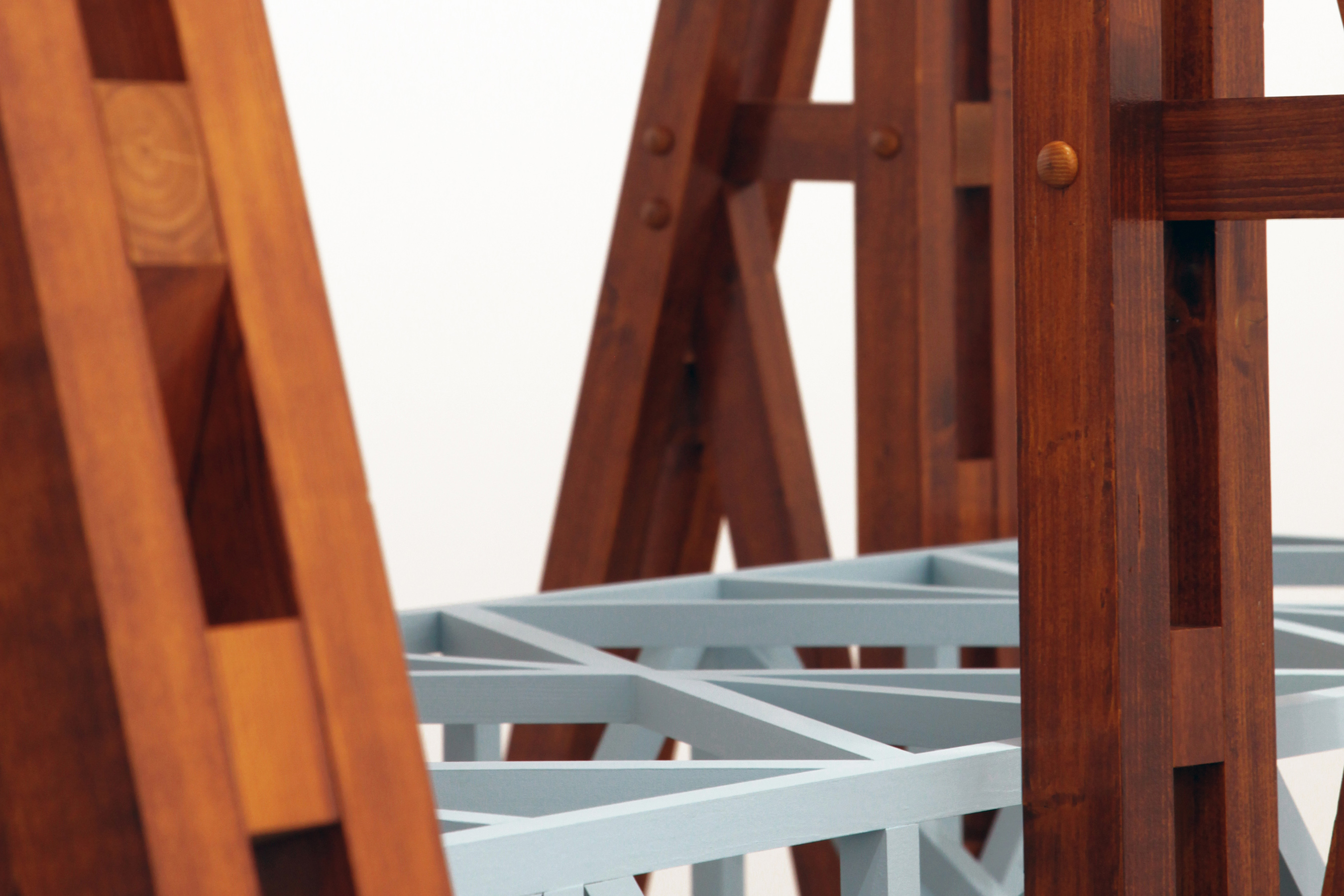 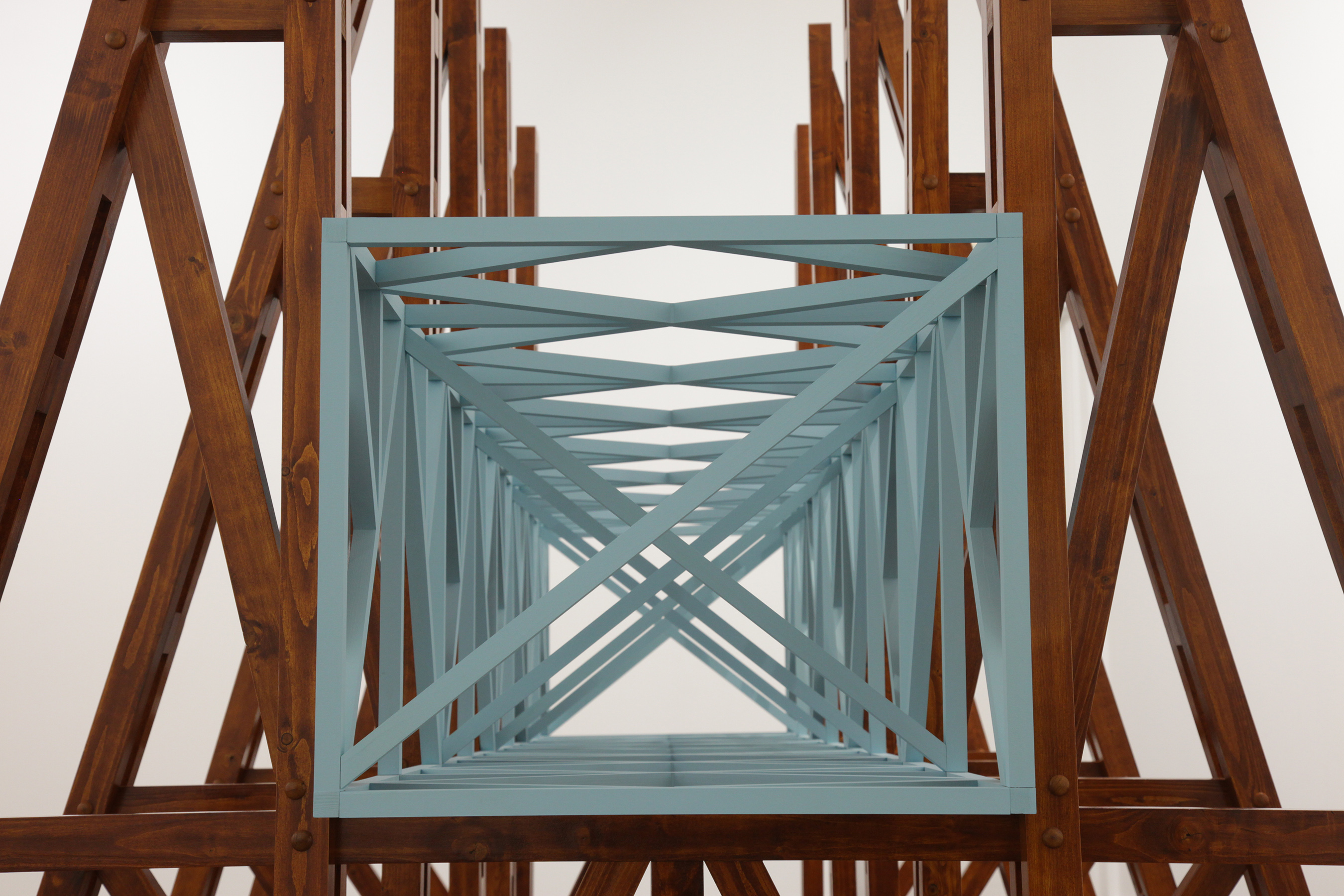 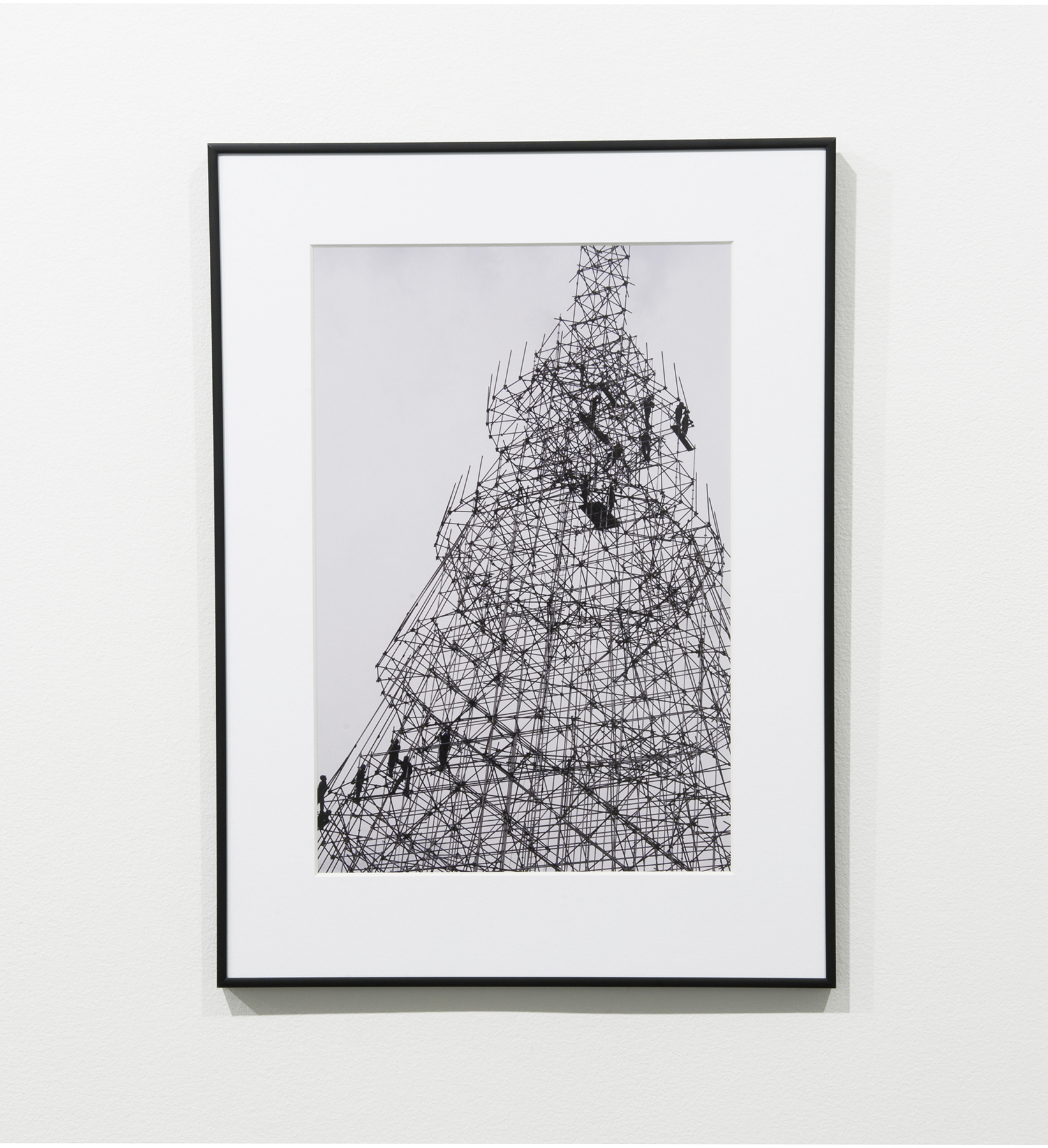 A photograph showing workers in Sao Paulo in the process of constructing a gigantic tree-shaped aluminum scaffolding soon to be decorated for Christmas. 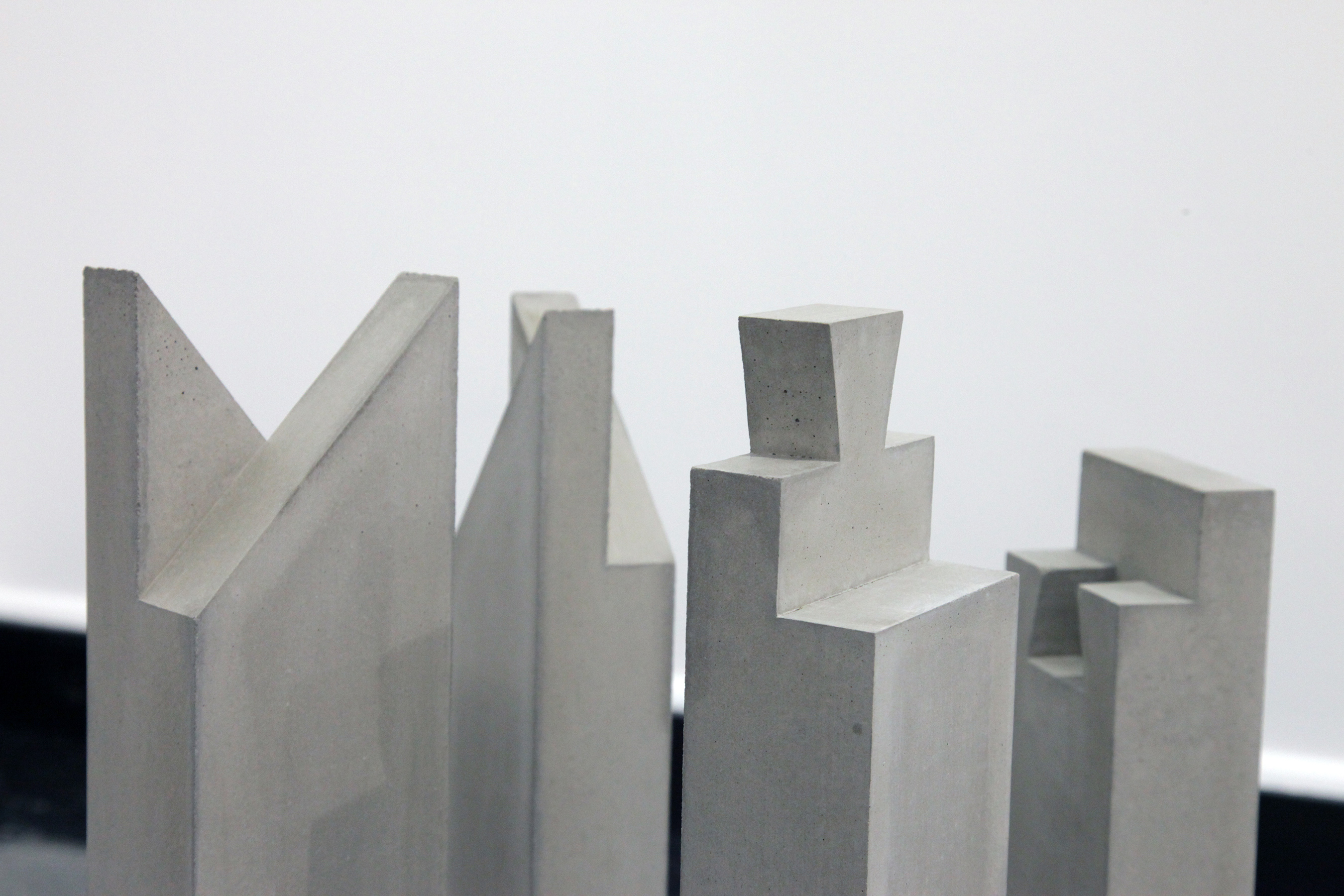 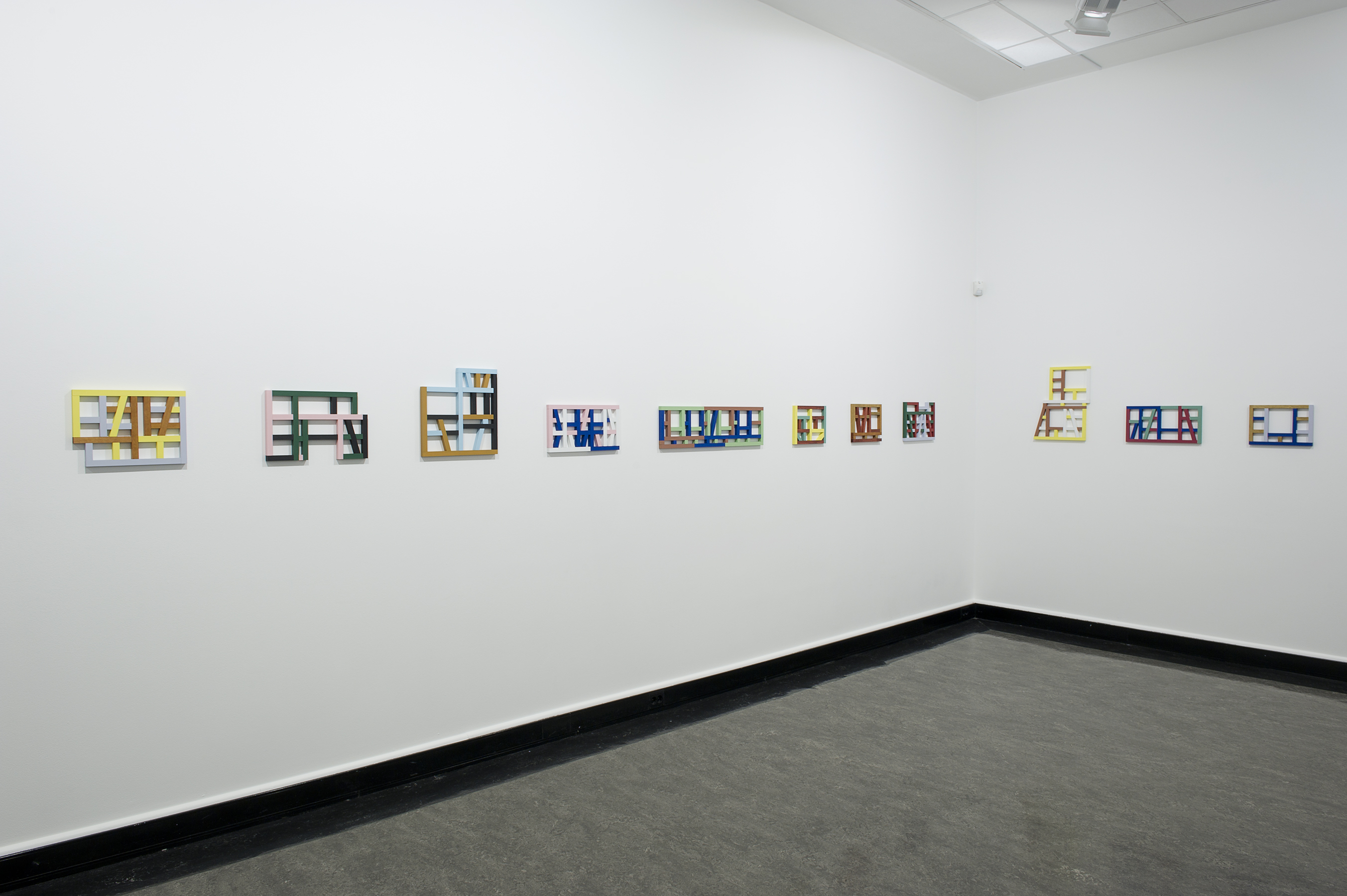