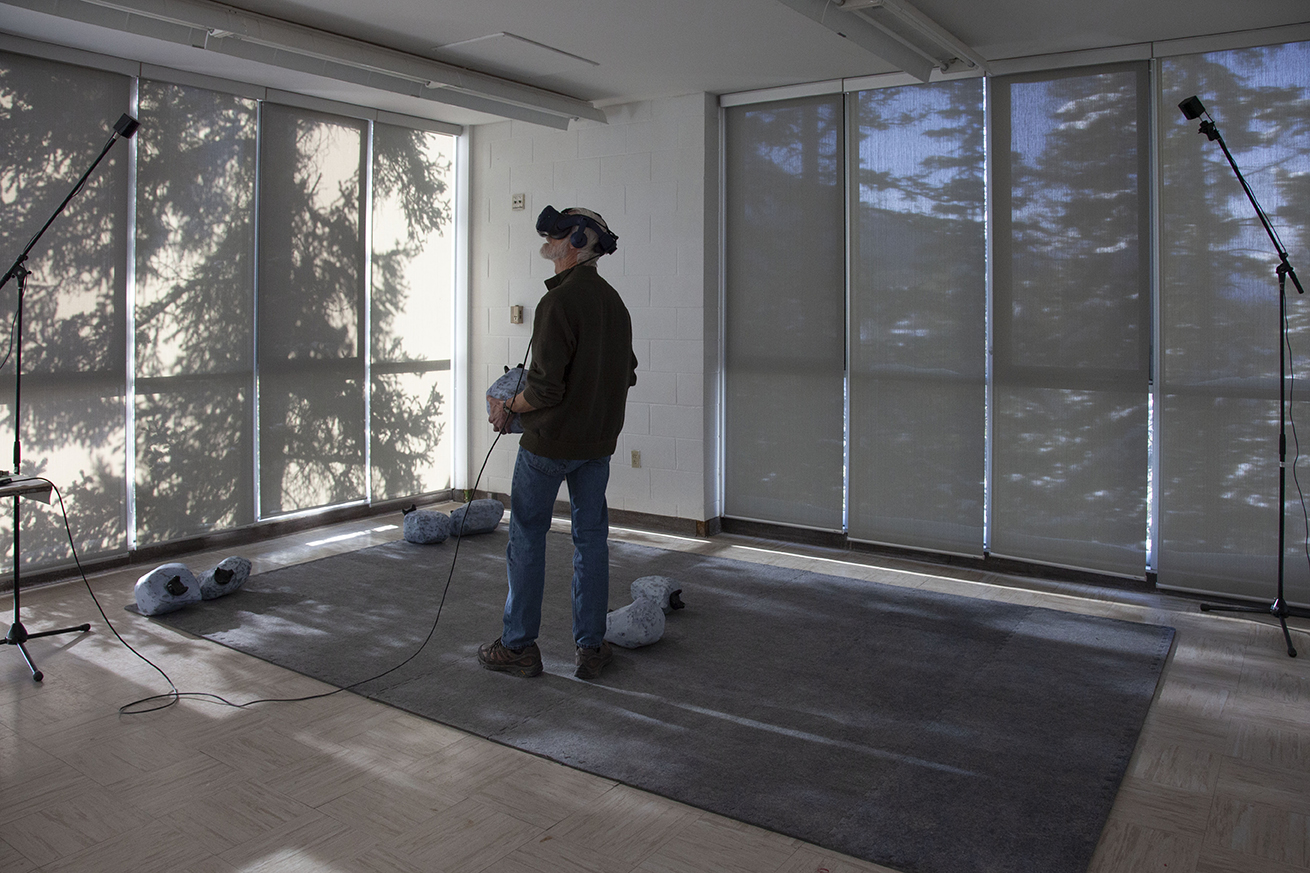 Two Rocks Do Not Make a Duck

Sculptures made in styrofoam and hydrocal, VR trackers, VR googles and other VR technolgogy

Two Rocks Do Not Make a Duck is an iterative augmented virtuality work in progress by Cameron MacLeod and Magnhild Øen Nordahl combining sculptures and VR. With a VR headset users are placed in a simulated wilderness environment with a 3D-modeled geography corresponding to the physical outdoor location of the installation. Sculptures shaped as rocks are placed in the space, and 3D scanned versions of them appear in the VR scene. The objects have VR trackers on them that align the sculptures with their 3D models, so when a user picks up the rock and moves it around they see the virtual model moving in the VR headset as well. This interaction triggers events in the simulated, natural environment and invites the exhibition goer to explore a new kind of physical-digital ecosystem.

The work was developed and showed at the Banff Center for Art and Creativity during the Digital Promises thematic residency in 2019 in Banff, Canada. 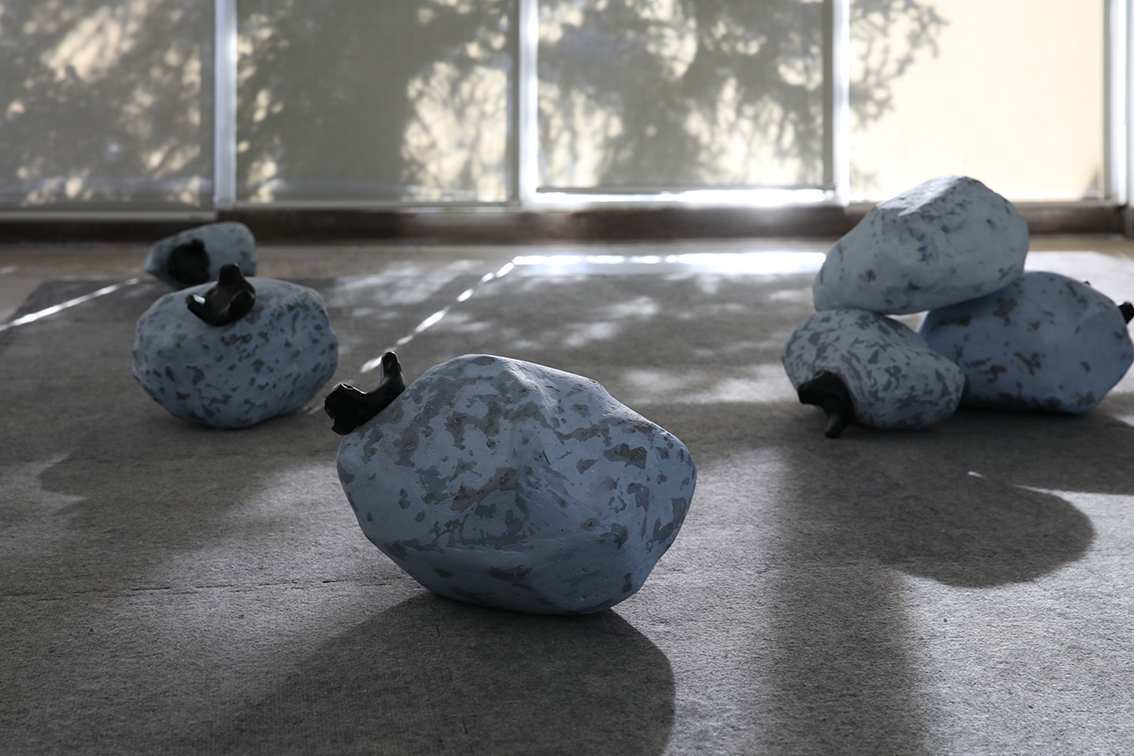 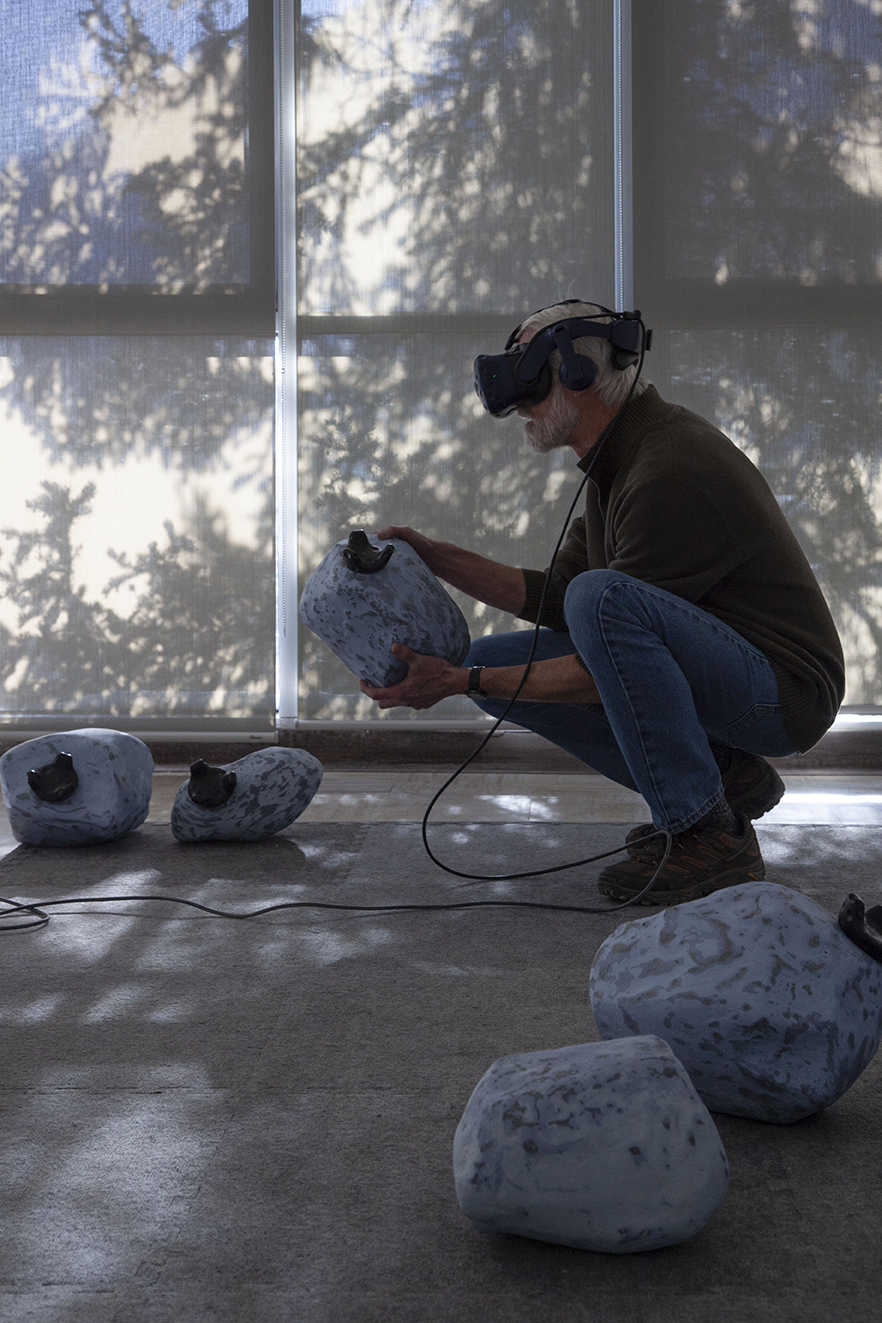 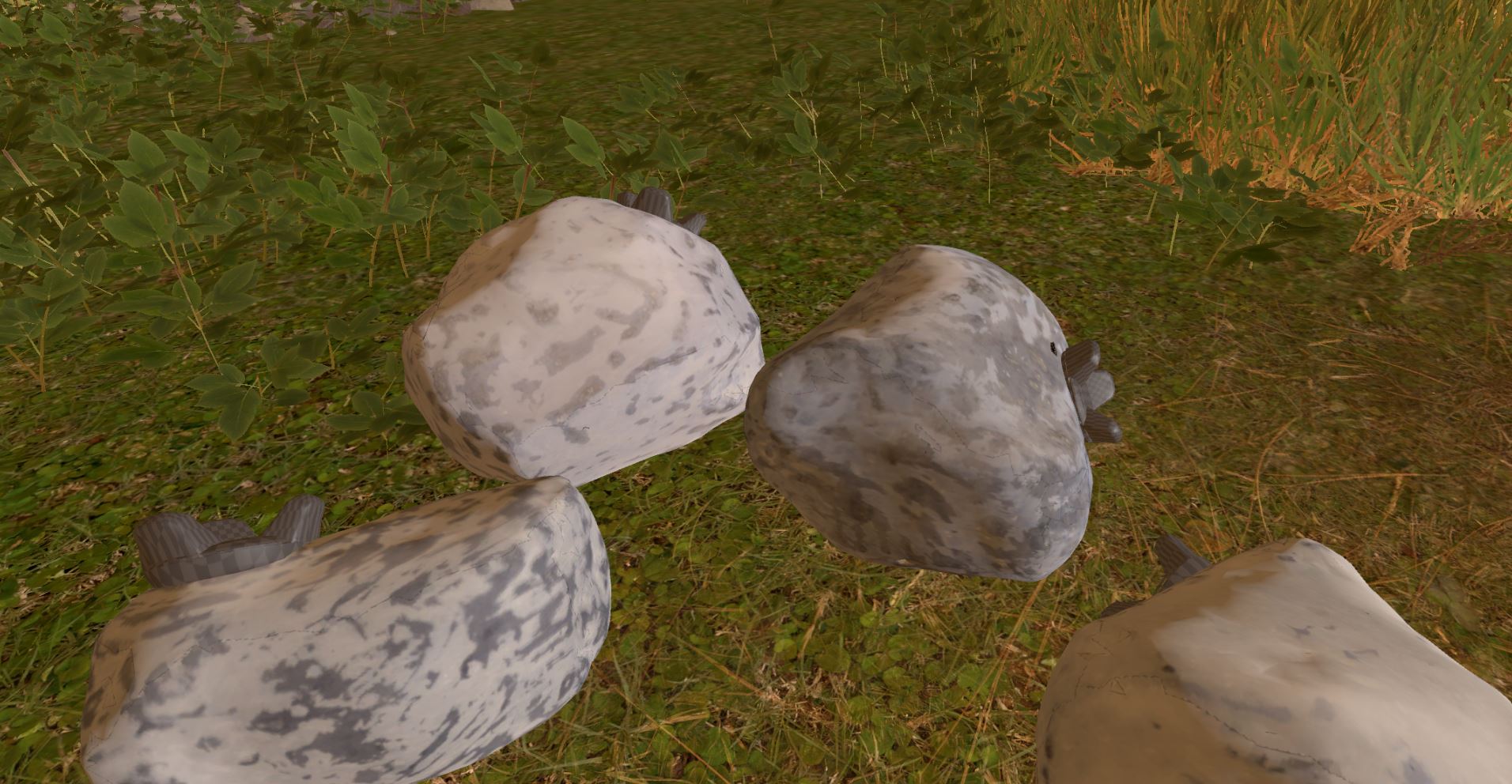 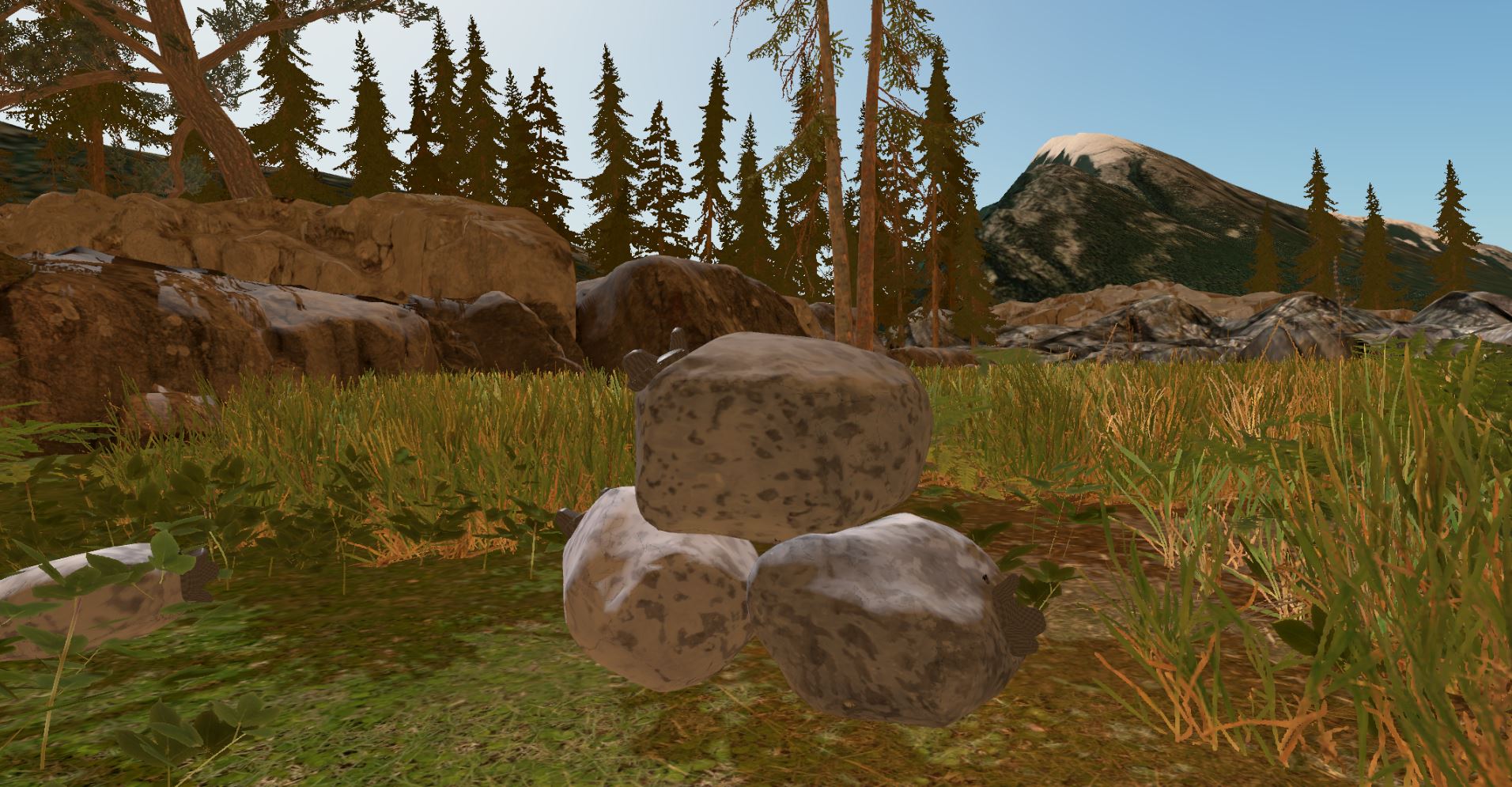 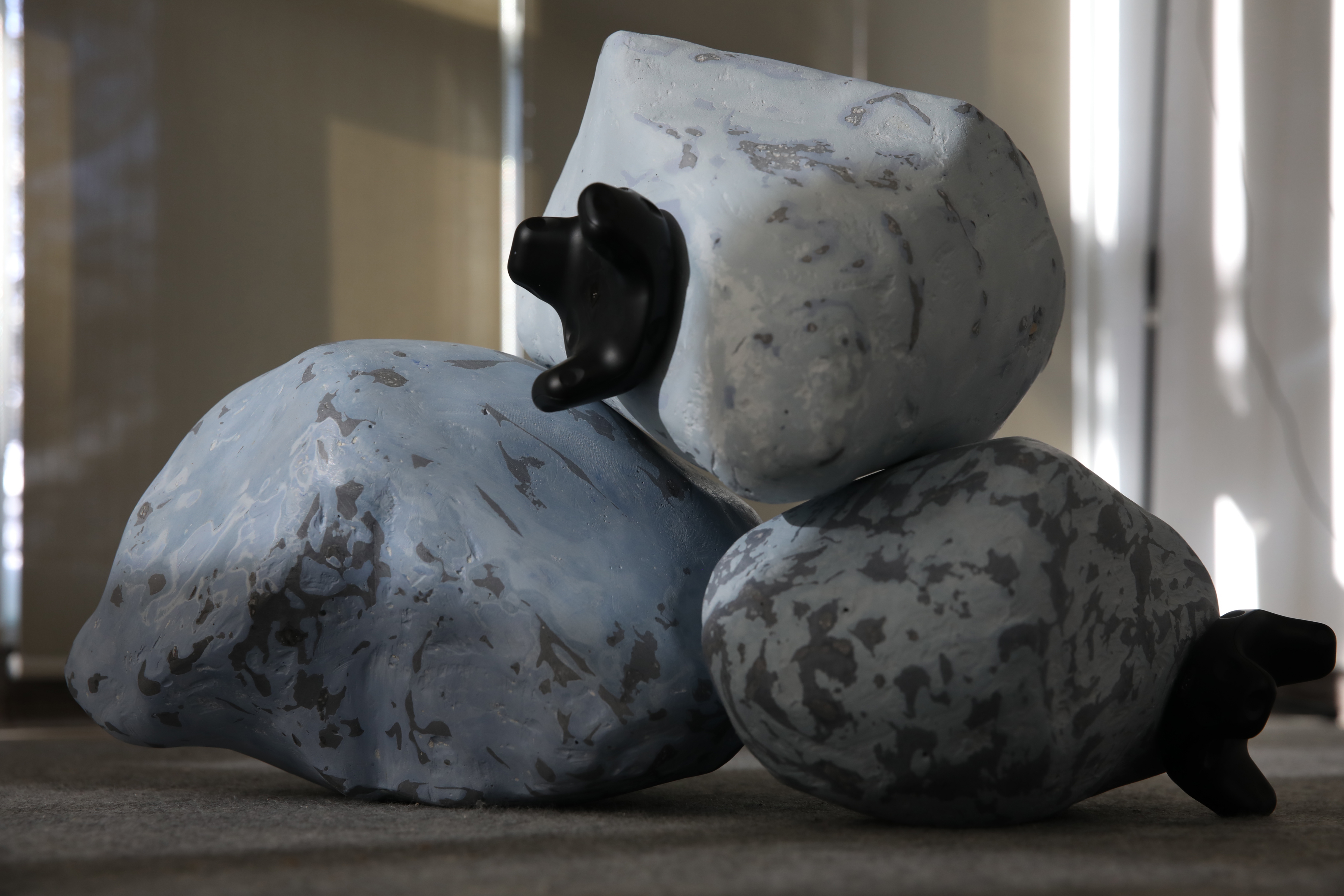 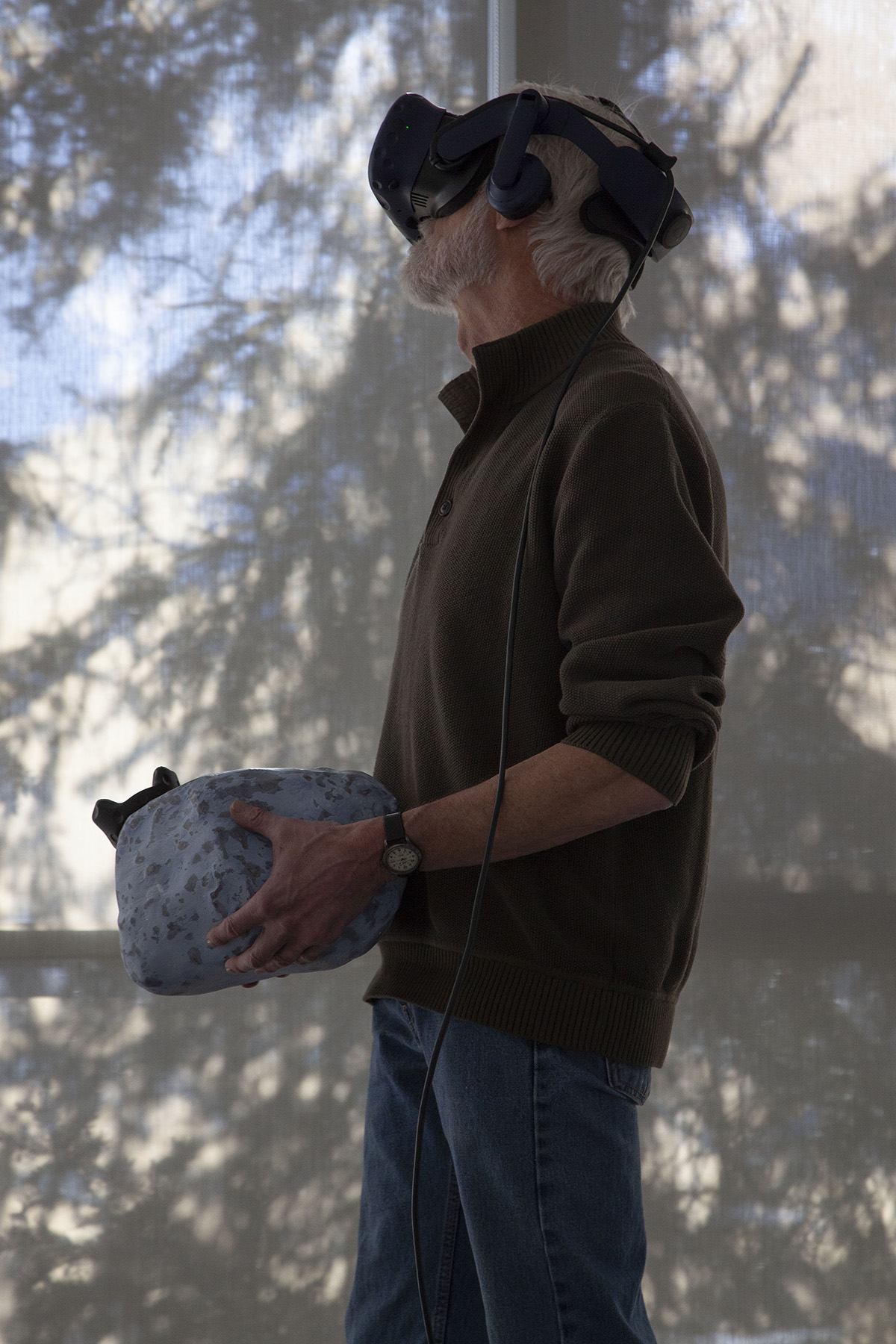 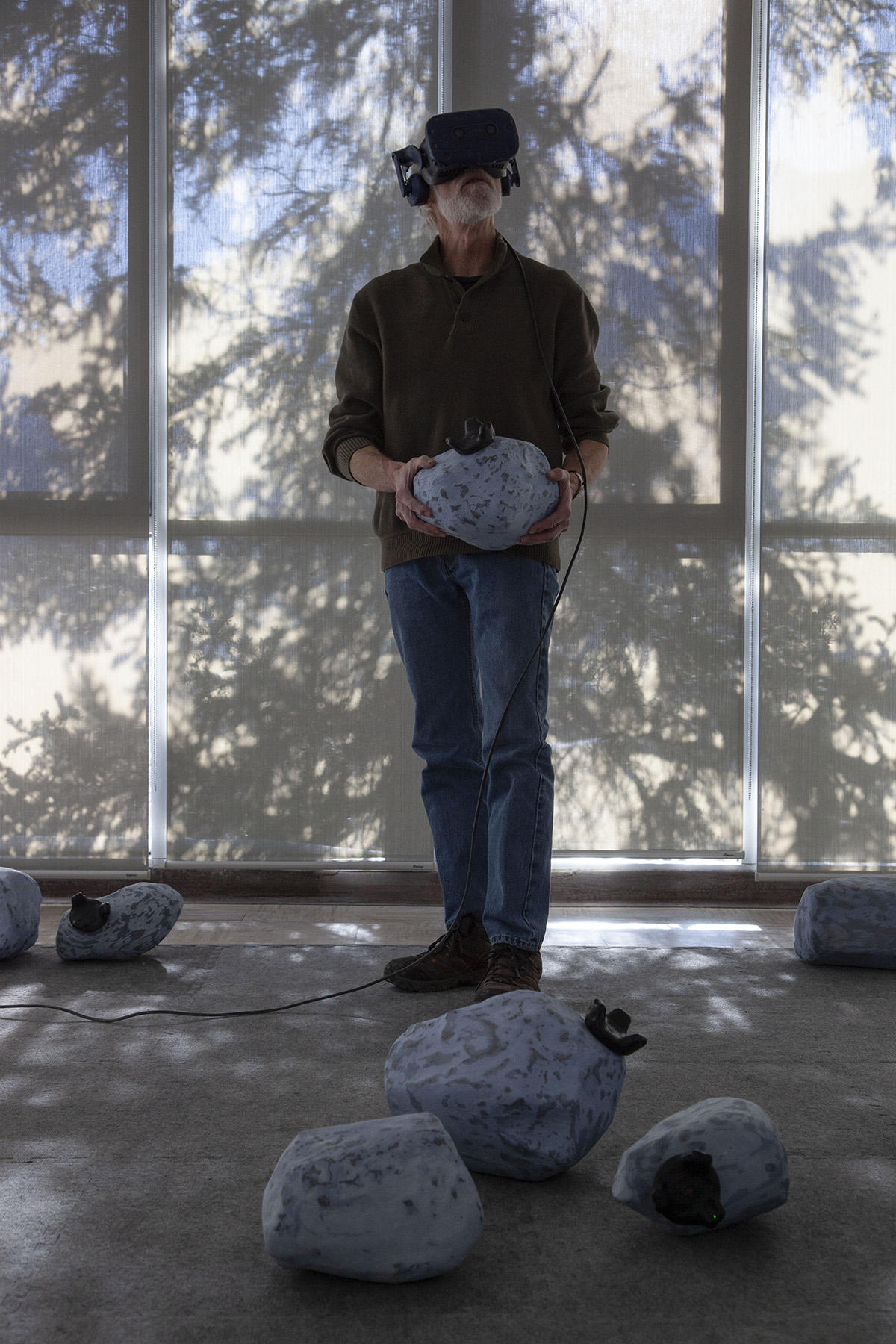 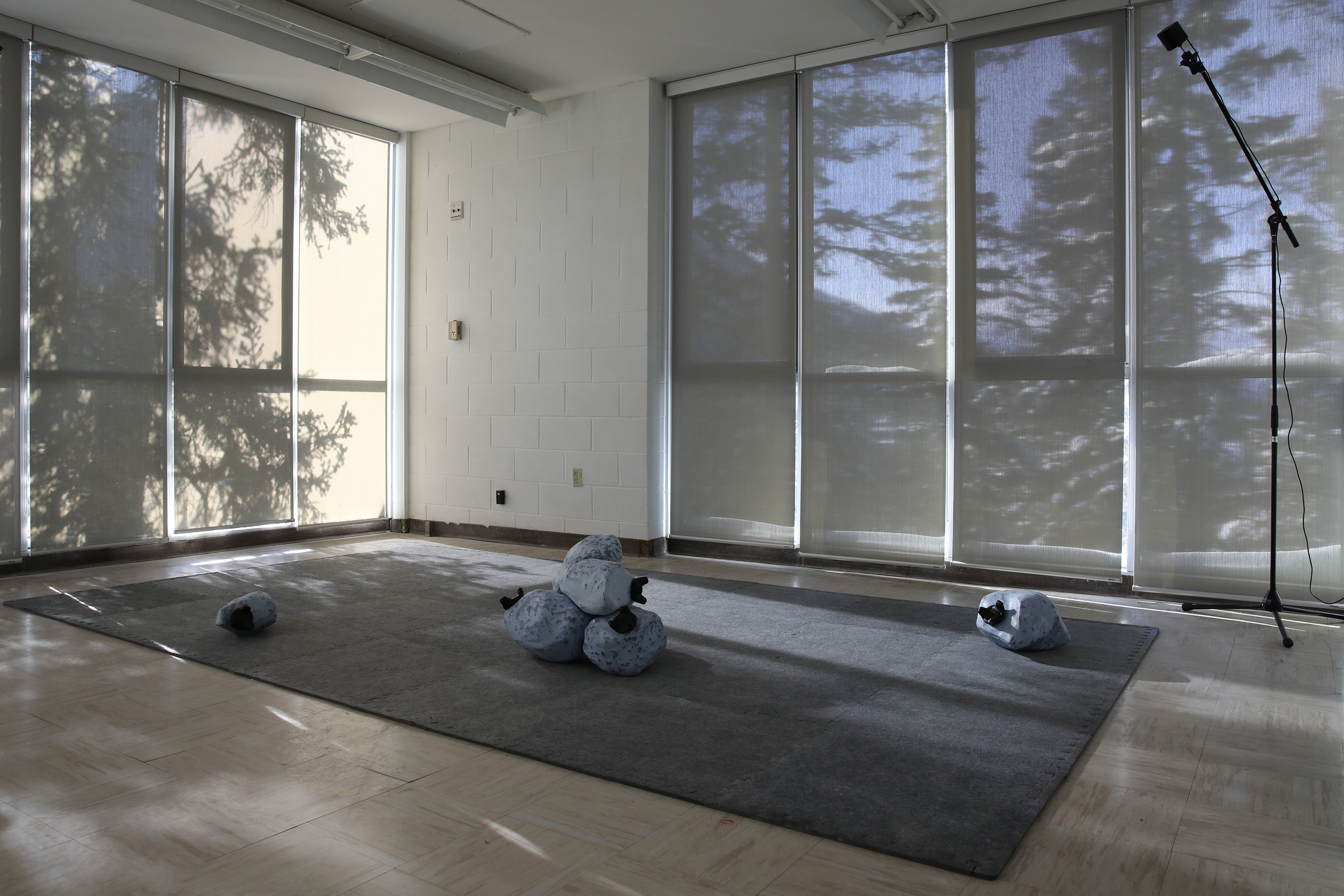 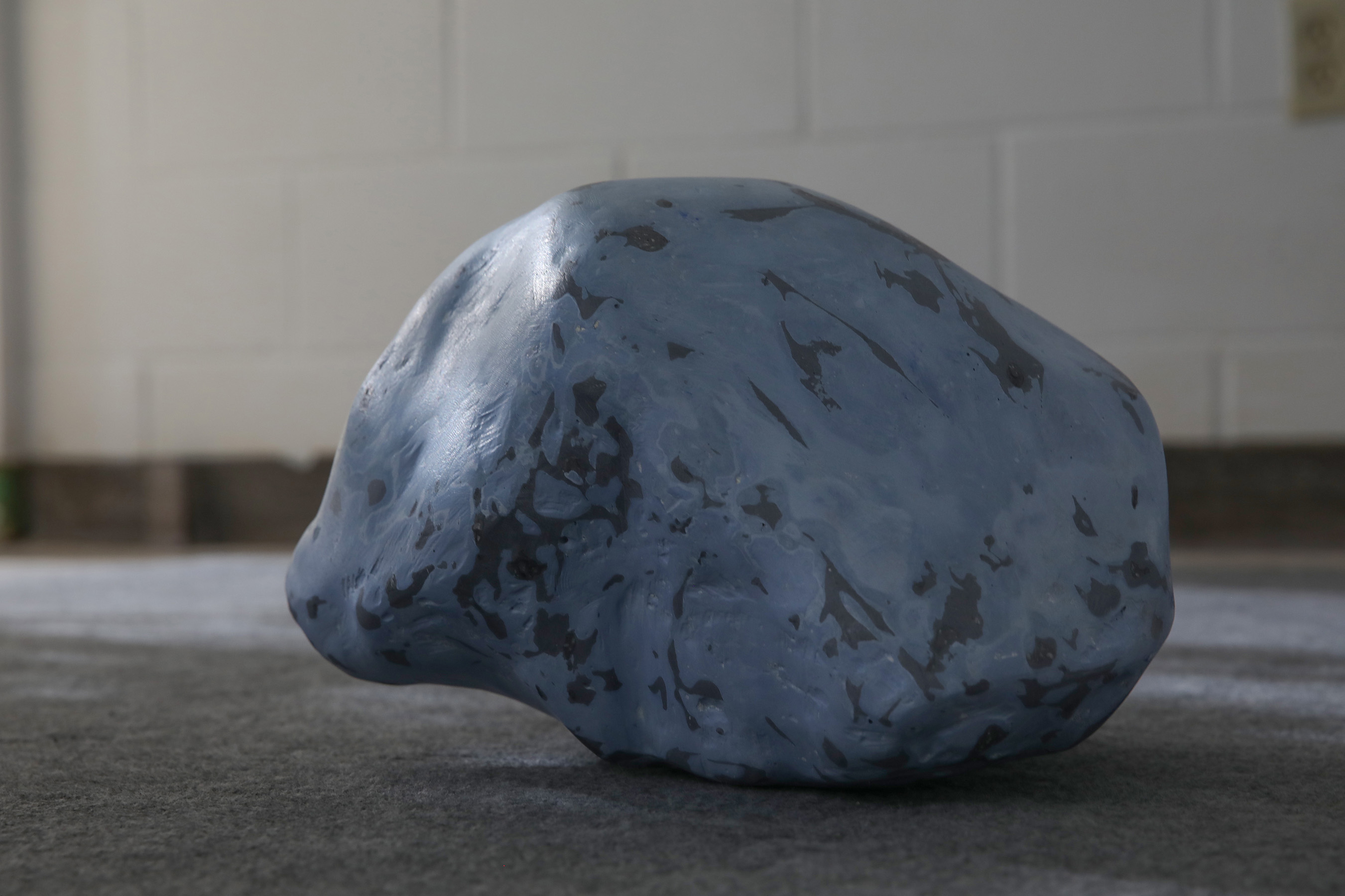